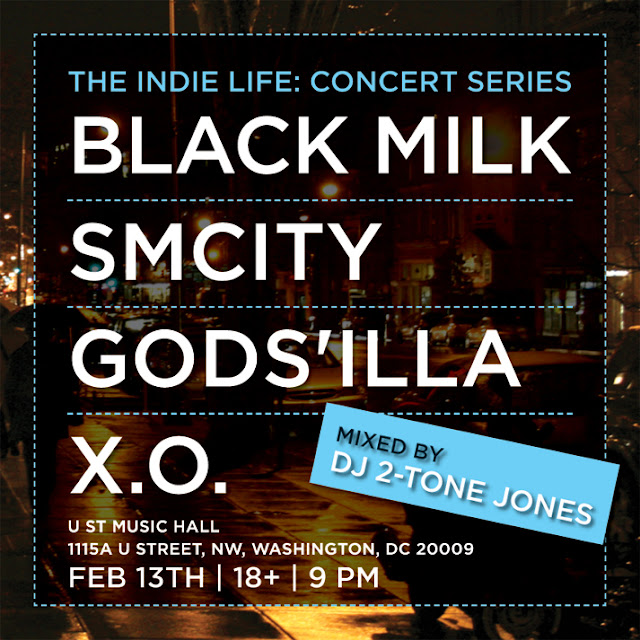 If you are a hip hop lover and especially a fan of LIVE music, you need to be at U St Music Hall on Sunday, February 13, 2011. Twenty20, Life Massive & SolSource Presents The Indie Life: Concert Series. The series will feature Detroit's own Black Milk and his live band and also performing on the bill is SmCity, Godsilla & XO. Black Milk is one of the most known un-known great talents of the Hip Hop world. He has been compared to the great J. Dilla but still carries his own weight in the ever changing music industry. Some information to support the opening acts is as follows: SmCity (Founder of The Indie Life movement, The Indie Life: A Motion Picture Album short film which debuted on Okayplayer), XO ( 1/3rd of the critically acclaimed group Diamond District, and also an artist on Studio 43) & Godsilla (Creators & force behind UAU, the #1 open mic in Washington, DC).

The Indie Life: Concert Series is the creation of Hip Hop artist SmCity. With SmCity being a a very well respected artist based in the DC/MD/VA (DMV) area he realized that there needed to be a platform to showcase the indie talent in the correct light. His goal is to bring a nationally known indie artist to Washington, DC and pair some of the most decorated indie artist based in the DMV with that headliner. Tickets can be purchased at: http://theindielife.eventbrite.com. In addition, for your enjoyment before attending the show, The Indie Life: Concert Series Mixtape Vol.1 was created. SmCity states that "Incorporating a mixtape to accompany the series just made a lot of sense to me. For individuals who are not familiar with each artist, but still want to support Hip Hop, I want them to feel included as well." The mixtape is hosted by DJ 2 Tone Jones and can be downloaded by clicking the following link: http://hulkshare.com/q5vo0wok2aju. 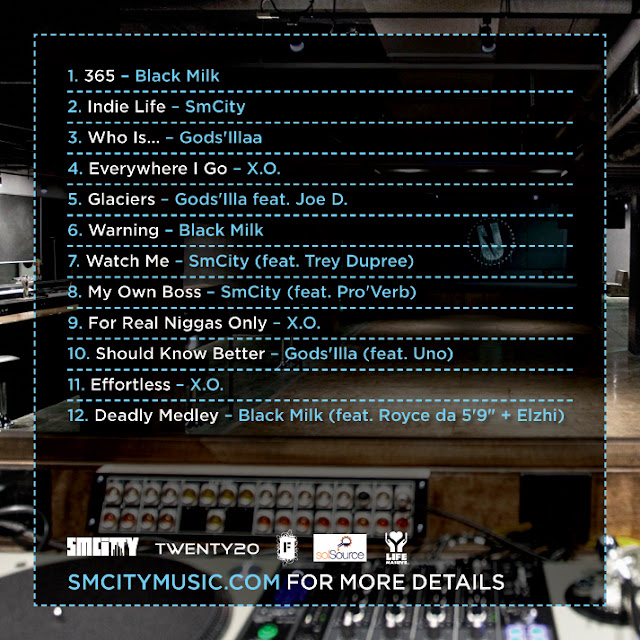 U St Music Hall is located at 1115A U St NW, Washington, DC 20009. Doors open at 9pm and it's an 18 & Up event and proper ID is required. For additional information please visit www.smcitymusic.com.