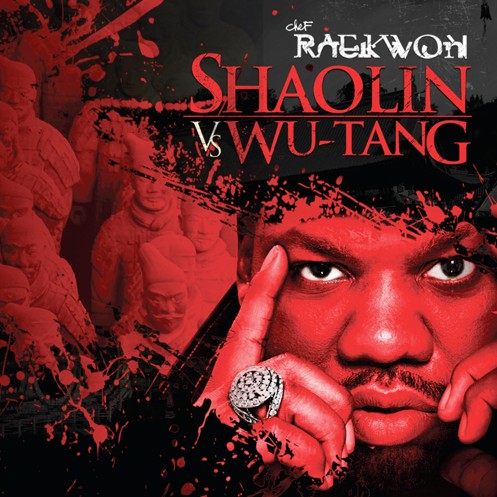 On February 21, 2011 I attended the Direct Drive Record Pool Listening Lounge featuring Ice Water/Capitol Records Recording Artist Raekwon and J Records/Sony Marsha Ambrosius. This was Raekwon's second time participating with the Record Pool.The event was taken place as a listening party for both  artist that are coming out with albums in March. Raekwon album entitled "Shaolin vs. Wu-Tang" will be released on March 8th.
At the event Raekwon stated that he named the ablum after the movie "Shaolin vs. Wu-Tang" and that he called it that because of what his group Wu-Tang Clan goes through on a daily basis as a hip hop group. He said that "this is the science behind the title".
Raekwon also said that the album has "strong  content" and that this album is for hip hop lovers. He dropped some tracks from his older Wu-Tang albums including a couple of my favorite "Ice Cream" and C.R.E.A.M. He also perfomed some tracks off of his new album "Shaolin vs Wu Tang".
Raekwon said that he "really worked hard on the album and that "he wanted to take the people back to that sound". I love the track  "Rock n Roll" featuring Jim Jones, Ghostface, and Kobe this track is definitely going to be a club banger. Check out pictures and the entire listening session video of Raekwon at the Direct Drive Record Pool Listening session "Shaolin Vs Wu Tang".