Skip to main content
Posted by Posh The Socialite March 25, 2011 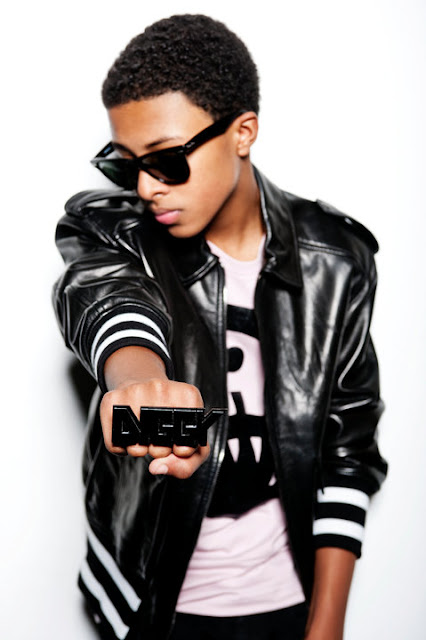 Awww Diggy is so cute. I watched the video below and he is so going through puberty with the crackles in his voice. Ha! Besides that congrats to Diggy for making it on XXL Freshman. I wonder what JoJo thinks of all this, remember Team Black Out... *blank stare* No? Okay so moving along check out the interview by RapFix speaking with Rev Run and his son Diggy!
Being a young rap artist who is also the son of a hip hop legend is would most certainly be a lot of pressure for some but when the father is in full support, it probably isn’t so bad.
Rap icon Joseph “Rev Run” Simmons of Run-D.M.C. fame has been visibly supportive of his son Diggy Simmons and his burgeoning music career.
RapFix caught up with the father-son duo – and also Diggy’s kid brother Russy – while backstage at the XXL Freshman concert Tuesday (March 22) night at the B.B. Kings Blues Club in New York. “I’m so happy that he let me assist him, “said Rev. Run. “Life is so funny, I get invited to the BET Hip Hop Awards because of him,” said Run while pointing to Diggy. “I get invited out here to play this [concert] because of him. Of course I’m like flattered.”
The proud papa gushed over his prodigious son, who just celebrated his 16th birthday March 21. “It takes a lot of guts to invite his dad ‘cause he’s doing his own thing,” said a beaming Run. “He’s on the cover of XXL and when he asked me, I was touched.”
Diggy let his dad take most of the microphone time, but did chime in to let fans know to expect some music from the Atlantic Records signee. “This year we’re putting out my single this spring,” shared Diggy. “And then the album at the end of year and possibly another mixtape. So we’re working.”
MTV Shows
Email Post