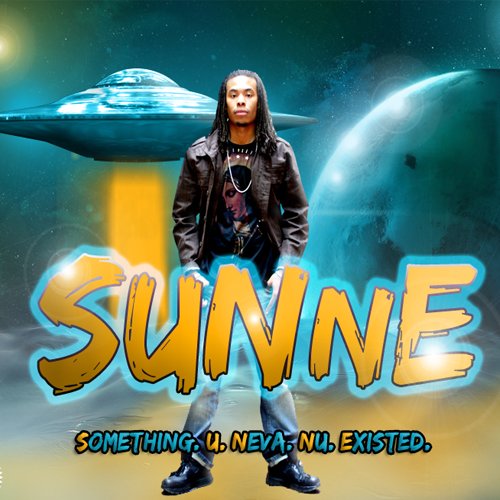 Sunne is a hip-hop artist who lives in the Washington, D.C. metropolitan area where he attends a local university. He enjoys all genres of music, but his love is for hip-hop.  He is inspired by many artists, including Lil Boosie, Kanye West, Bone Thugs n Harmony, and Jay- Z.
His love for music started when he became a drummer for a local band.  He started playing the drums at the age of 13 and began rapping, rhyming and writing soon after.  As a drummer and the heart and soul of the band, he observed the lead rappers and always closely listened to other artists who share the same passion.
His goal is to improve as an artist by writing and free styling from sun up, to sun down.
What makes Sunne different from the average artist is his drive to learn and to stand out above and beyond.  Being different is a challenge to him and to the game because it goes against the grain.  Through the power of his music, he hopes to bust radio speakers, television sets, and magazines wide open.
Check out Sunne self titled video "S.U.N.N.E"