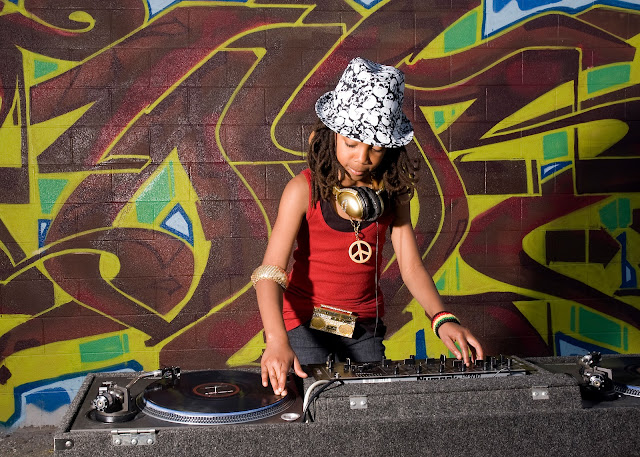 Born in Las Vegas, NV, DJ Beauty and the Beatz was exposed to music before she could crawl by her father. Riding in the car with him running errands, she realized her own love for beats and lyrics. By six years of age, she began recognizing samples used by different artists and shouting “air” suggestions to
the radio DJ to play certain songs together based on their similarities. It was at this point that her parents introduced her to the idea of becoming a DJ herself. While she embraced the idea, finding someone to mentor a six year old proved to be an extremely difficult task.


As an old saying proclaims, “time and chance happens to them all”, it just so happened that Sierra met another young DJ who was not only performing at her school for a charity event, but was also attending her school. They instantly hit it off and DJ Beauty and the Beatz began practicing with him every day
after school. Not long after discovering her natural talent on the turn tables, her parents decided to invest in her equipment. From there she began to gain local recognition and was performing at numerous Las Vegas community events.


Realizing this rare and remarkable talent, her parents packed nothing but clothes in a rental car, left everything in Las Vegas behind, and drove to DC to pursue a career for DJ Beauty and the Beatz as a professional DJ. Now residing in DC, with a swag of her own, DJ Beauty and the Beatz , at the tender age
of 9, is continuing to perfect her craft, a task that many adults have yet to accomplish. Since her move in August of 2010, she has DJ’d for DC Magazine, South Moon Under, Sushi Rock, and was featured in DC R&B artist Yahzarah’s CRY OVER YOU music video. As a young and budding talent, DJ Beauty and the
Beatz is looking forward to a bright future as well as proclaiming the title of The Youngest Female DJ.

I am proud of DJ Beauty and the Beatz. Growing up I always wanted to play the drums but never perused it. It is great to see a young girl work hard on a craft such as DJ'ing. I hope young girls see that they can whatever that want to pursue in life. Work hard at your craft and believe in yourself. Check out DJ Beauty and the Beatz the youngest female DJ in YahZarah video "Cry Over You" featuring Phonte