Skip to main content
Posted by Posh The Socialite March 24, 2011 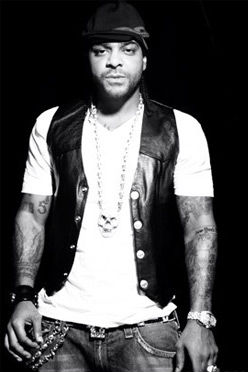 Rapper Jim Jones has dedicated his new music video to families affected by cancer after losing his beloved grandmother to the disease. The hip-hop star was devastated by the death of his relative and he is now reaching out to others who have lost loved ones by filming an emotional promo for his latest track, "Perfect Day", which features many scenes set in a hospital ward.
He says, "I lost my grandmother from cancer. I always wanted to dedicate something to her. The video is dedicated to anyone that's affected by cancer, or have cancer or families that's been affected by cancer. And for the soldiers that don't get to come home who have been at war for so long."
Jones admits the song is a departure from his usual musical style, but hopes fans will learn to love his softer side. He adds, "I know a lot of people don't expect this type of music for me (sic). When I first put it out I been getting a lot of flack... Then the same people that was telling me that two (or) three weeks ago is now like 'The song's alright, it's growing on me'."
Source: AceShowBiz