Skip to main content
Posted by Posh The Socialite March 23, 2011 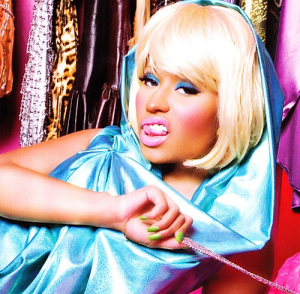 Nicki Minaj may be on top right now but that doesn't mean the Pink Fridaystar won't share the spotlight. Her song "Fly," featuring Rihanna, was slated to be her next single, but now Minaj has decided to change course: Since her and the Loudsinger's albums were released within a week of each other, she wanted to let her collaborator's tracks breathe.
So the "Fly" clip won't see the light of day until around Memorial Day, according to the Lil Wayne protégé.
"I'm gonna hold off on the Rihanna video and the Rihanna single for a little bit longer," she told MTV News. " 'Cause we both kind of dropped at the same time. So she has a lot of [songs] in rotation and I want to let her stuff have a moment and do its thing, dominate radio. [Instead], I wanted to come out with something more fun."
Read More