Skip to main content
Posted by Posh The Socialite April 06, 2011 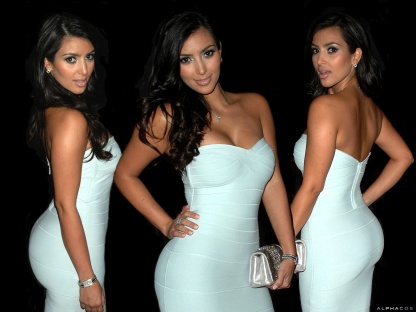 Kim Kardashian is without a doubt one of the sexiest celebrities of the last five years but the reality star says that she doesn't deny herself real food to keep in great shape. I love the fact that many curvy & bootylicious women can relate to Kim Kardashian check out the article:
The 'Keeping Up With The Kardashians' star is renowned for her hour-glass figure and big booty, and is often seen hitting the gym for a work-out but Kardashian insists that she loves her body and indulging in treats like ice cream.
In the May issue of the U.K.'s Cosmopolitan,the 30-year-old reveals that she has the same insecurities as any other woman including the dreaded cellulite.
Kardashian said: "I have cellulite. So what! I’ve never claimed to be perfect. It’s crazy anyone should assume that just because you’re in the spotlight, you’re flawless.
"Sometimes I pig out and I still feel great, and think, 'That was so worth it!' That’s how I feel a lot of the time. I think, 'See this little dimple of cellulite here? It was so worth it for that cookies ’n’ cream ice cream!'"
The reality star continued: "If I was stuck on a diet my whole life, I would be really miserable. I love to eat. If you can’t enjoy your life then what’s the point? You can’t torture yourself. I love Rice Krispies Treats, ice cream and frozen yogurt."
But Kardashian is realistic about her body shape and doesn't put unrealistic goals onto herself, she explained: "I never aspired to be a size zero. Although one time I tried on a dress with a size-8 label when I thought I was a size four. It turned out it was a UK size 8, so actually it was my normal size. But it made me think, 'Why do I even care?'."
Unbelievably Kardashian claimed that she doesn't even watch her weight, she said: "I couldn’t care less if it said 14. It’s just a number. Your best measure is to look in the mirror. I always say you shouldn’t weigh yourself. I don’t even have a set of scales in my house."
The reality star also addressed her big booty and said that she loves her curves, she said: "I see ridiculous stories about my butt, like how it has been insured. I feel like saying, 'Hey, everyone has a butt. It’s not that big a deal!' But I suppose it’s flattering.
"Personally, I’ve always loved the curvy look. Even when I was a little girl and all my friends would be like, 'Oh, my god, your butt’s so big'. And I’d say, 'I love it'."
Source: Tale Tela 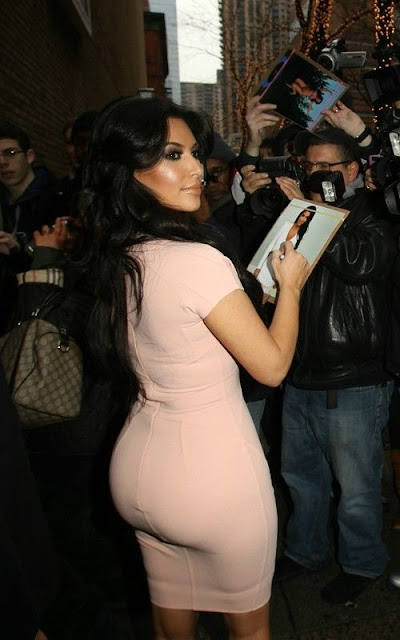 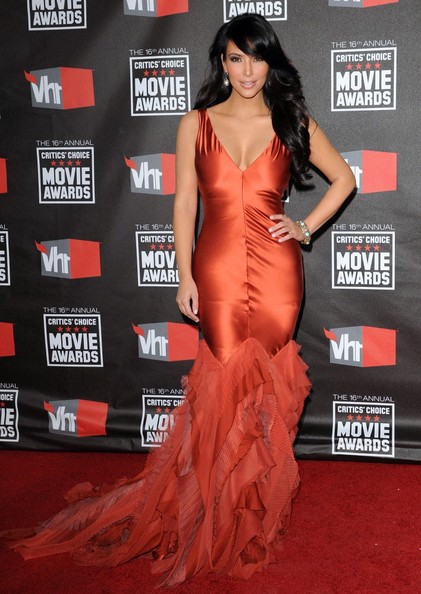 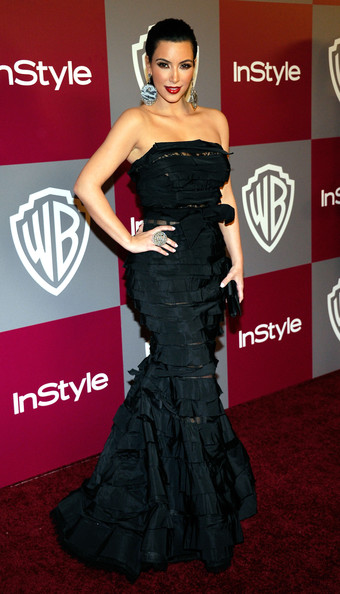