Skip to main content
Posted by Posh The Socialite April 25, 2011 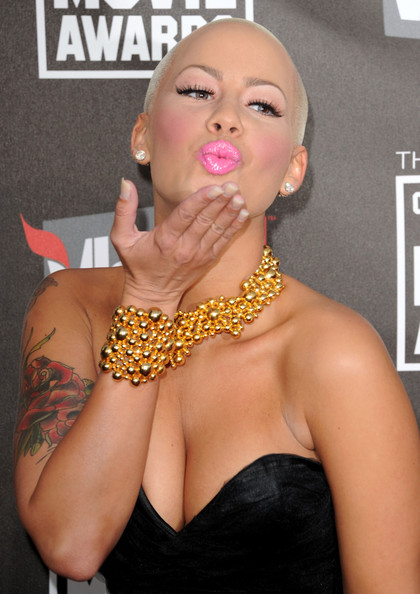 So, according to MTV rap fix Amber Rose does not have a reality that will be aired on VH1. I wonder why she would say that knowing that reps would read the story and put her on blast. Well I guess we shall see if this show will air in the future.
Amber Rose does not have a reality series on VH1 called "Behind The Shades" as she has stated, at least not yet.
A representative from VH1 told MTV News that they have no information on a reality show from Kanye West's ex-girlfriend at this time.
However, other sources has told us that the former Ford model and stripper has shot a pilot for a reality series that she is shopping around to multiple networks, but the series has not yet been picked up.
Rose revealed details of her would be series to Vibe.com when asked about the sunglass shop she plans on opening. "I have a reality show that's gonna come out on VH1," Rose said. "I start filming early June. So that's going to be incorporated in the show.
The shop isn't up right now. You'll see the process I have to go through to in order to.it's not really easy to get a store and get people to come. My show's gonna be an open book of my life, my family, my businesses. It's called 'Behind Her Shades' because I usually have shades on, and it's everything that's behind them that people don't know about but they'll learn and part of that is my shade shop."
Rose plans to sell vintage frames, her own line of sunglasses and women's accessories in her shop when it opens and also mentioned that she is working on a writing an inspirational book based on how she grew up in Philadelphia. When her current boyfriend Wiz Khalifa appeared on RapFix Liveshe gushed about what attracted her to him, besides his rhymes. "He's really funny, he's really charming," Rose said. "I didn't know much about his music at first. Obviously he became a good friend and I began listening to his music and we became really close. He's just awesome, he's talented, he's amazing."
Email Post