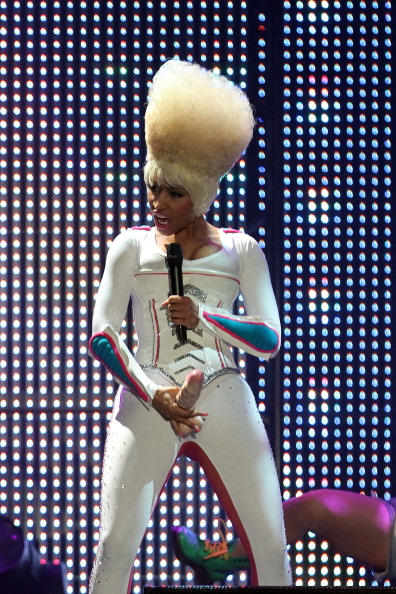 
For many artists, the long nights and days of travel involved with touring can get to be quite a drag – Nicki Minaj hinted to this in an earlier MTV News interview that she’s even gotten sick as a result of the heavy schedule. However when your boss is Lil Wayne, perhaps the constant road grind is a touch more bearable.
MTV News snagged some backstage footage of Nicki and Weezy goofing off backstage during the conclusion of the kickoff of the I Am Still Music tour in Rhode Island, offering a candid portrayal of the Young Money stars letting their hair down and enjoying a relaxing moment without the glare of the stage lights.
Read More