Skip to main content
Labels
Posted by Posh The Socialite May 11, 2011 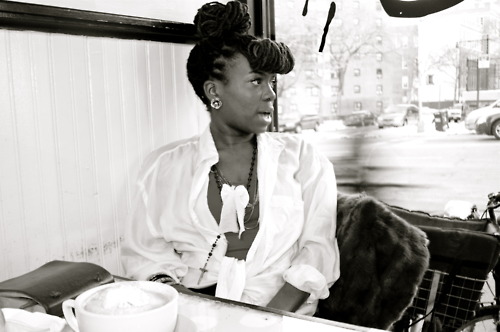 April 30th, at The Apple Store in Georgetown, the sweet sounds of Amber Mimz filled the store and streets. With having her own supporters in the store, Amber also brought in some individuals just walking by and by the witnessing the dancing and smiles, she definitely gained more fans that night.
Before Amber took to the main floor, popular artist Peekaso took to his ipad and did a drawing of Amber Mimz. Peekaso became famous for doing LIVE art with hometown favorite Raheem DeVaughn and most recently he has transitioned from the canvas to the ipad, which still showcases his skills but with a twist. Onlookers were glued to the screens as Peekaso did the free hand picture so effortlessly.
Dressed in a flirty pink skirt, white lace top and some pretty swanky heels from a boutique in NYC, Amber captivated the audience as soon as she walked out. Her locs pinned up, with a feather headband on top, she was ready to rock The Apple Store! With full band in tow, the show was upbeat from the first key being hit on the keyboard. Performing her latest single "4 Head Kiss", "Urban Romance Ave" (which features Black Cobain) & "Hypnatize Me" w/special guest RatheMC & many more, the crowd was pleased with Amber's performance. There is nothing like LIVE music and once you have seen Amber LIVE, you will always remain a fan.
A special Thank You to Amber Mimz family & friends, Studio 43's GM Ricky Parker, Studio 43 artist RatheMC, DCtoBC's Modi, Madison Davenport INK, Zon of AimerAmour​.com, Pop-Hop artist Sheila D, the CNPR interns and everyone who attended this event. It was a great time, many smiles and laughs were had. For more information on Amber Mimz, please visit www.ambermimz.com and please follow Amber on her journey @ambermimz. 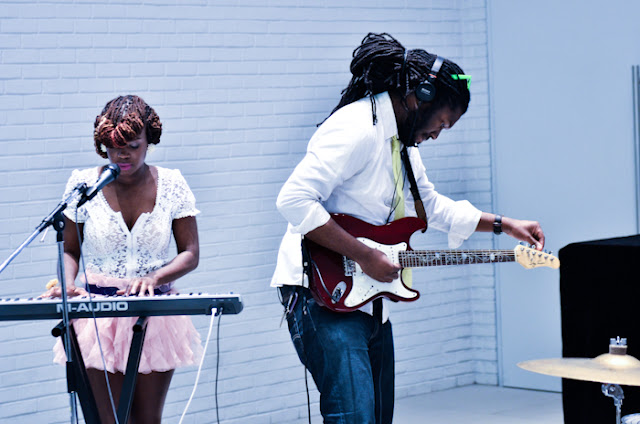 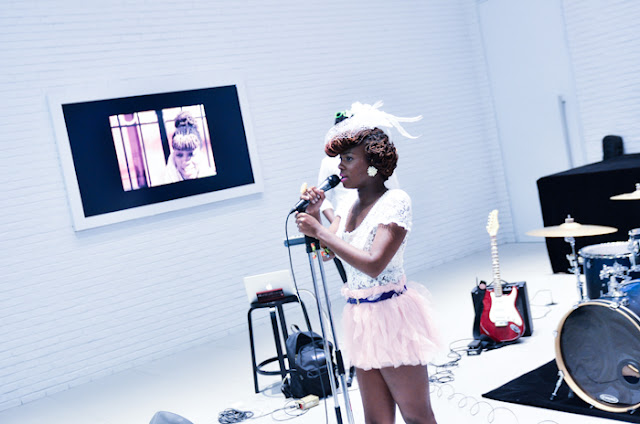 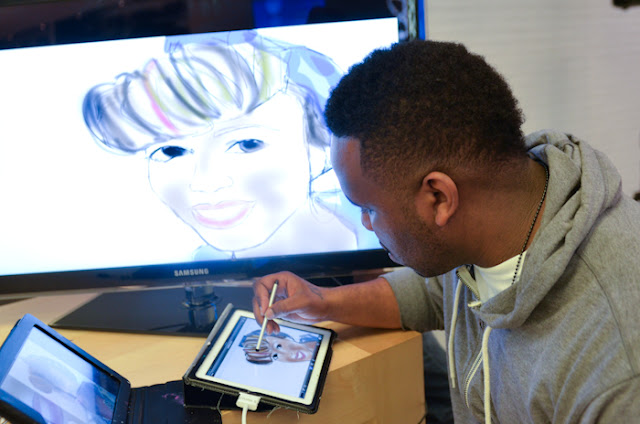 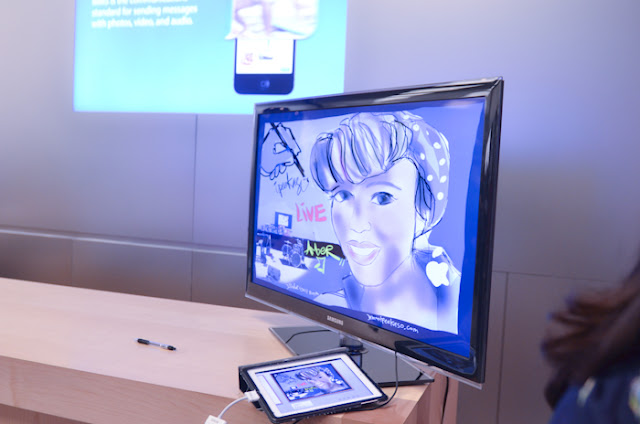