Skip to main content
Posted by Posh The Socialite May 27, 2011 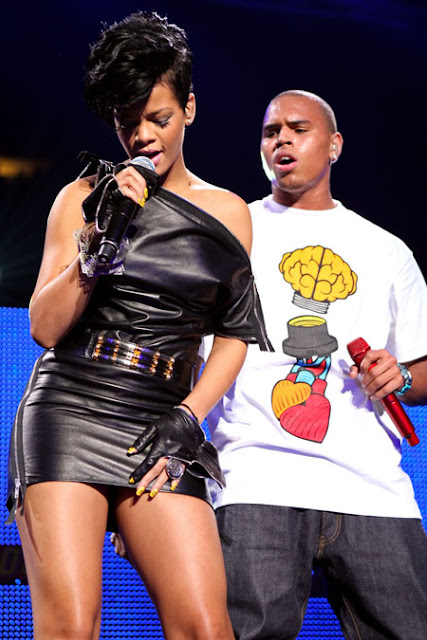 Okay, so Rihanna and Chris Brown are supposedly meeting up secretly in hopes to get back  together despite Chris Brown's relationship with his current girlfriend Karrauche. If this is true then what can we say, but that many women who go through domestic violent relationship end up right back with the abuser.

A lot of Breezy fans has forgiven him, but I'm not too sure how they will feel when they learn of the two getting back together. Time will only tell and I'm sure I will  keep you posted on what I learn about RiRi and Chris. In the meantime check out what sources said about how the two are meeting up on the low.

The 'Love The Way You Lie' singer, who recently faced a fan backlash after they discovered the star was following her ex on Twitter, has been speaking to Breezy via Skype and they've also exchanged messages. But she's worried about her career.

The couple broke up after their violent bust-up ahead of the Grammy awards in 2009. It was only recently that RiRi agreed to lifting the restraining order against him.
A source has told Now magazine: "Ri-Ri's always loved Chris - that never changed. They've texted and Skyped each other a lot recently and met up at a mutual friend's house in Los Angeles after the restraining order expired."
According to the magazine's sources, the pair have met in secret twice since the restraining order was lifted.
They also added: "RiRi wants to be with Chris but is worried about her career and fans. She's trying to find a way to take him back publicly without letting down her supporters, her management and her friends or setting a bad example."
The insider claims that Breezy wants to get back together, but he is still with his girlfriend Karrauche Tran, the source said: "Chris has said he'll be as patient as she needs him to be but after being slammed on Twitter for just following him, she's begun to worry that they may never get to be together in public."
What do you guys think about this? Will they get back together?
Source: Tale Tela
Email Post