Skip to main content
Posted by Posh The Socialite May 07, 2011 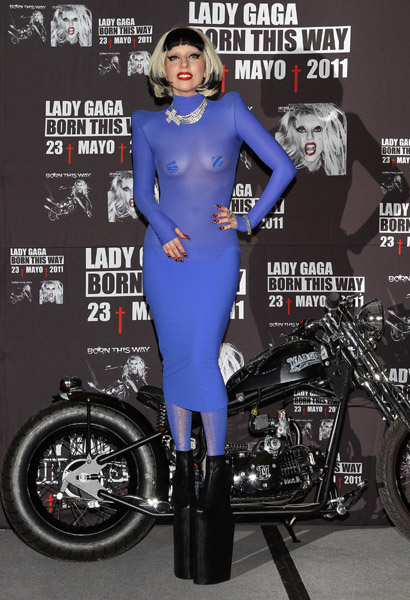 I'm speechless to Lady GaGa's outfit and the shoes if I say what I really want to say I would have to hire a publicist, so I'll just keep my comment to my self. You as the viewer however can go ham on what you think of her outfit. Only Lady GaGa and Grace Jones can get away with the outfit. Tell me what you think.
Lady Gaga brought her “Monster Ball” to Mexico City for the final stop on her record-breaking tour. The nearly two-year trek wraps tonight after playing 210 shows and pulling in over $227.4 million. It’s close to becoming one of the top 10 highest-grossing tours of all time, according to Billboard.
To mark the milestone, the reigning popstress appeared at a press conference at the St. Regis Hotel in a sheer electric blue dress and towering platform heels with tape covering her nipples and eyebrows missing. She posed with a replica of the motorcycle that appears on the cover for her new album Born This Way, due May 23.
Read More 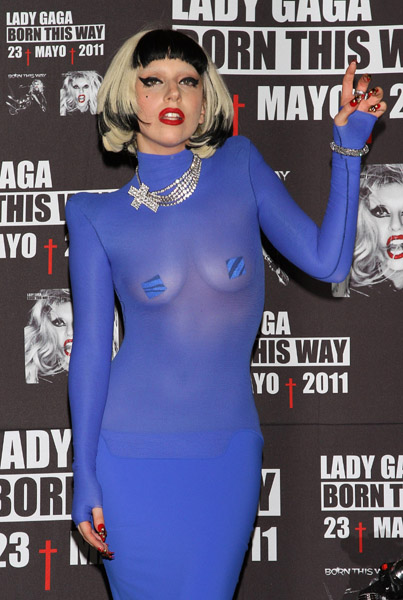 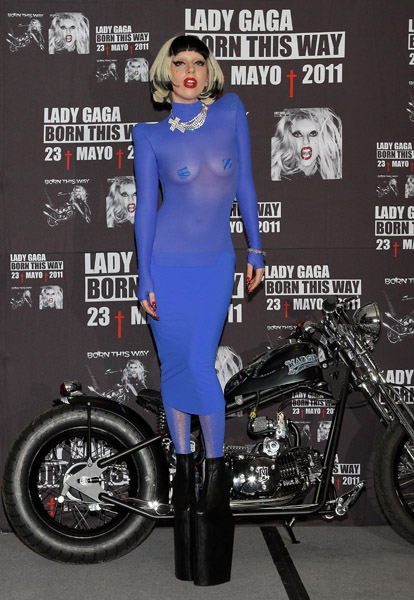 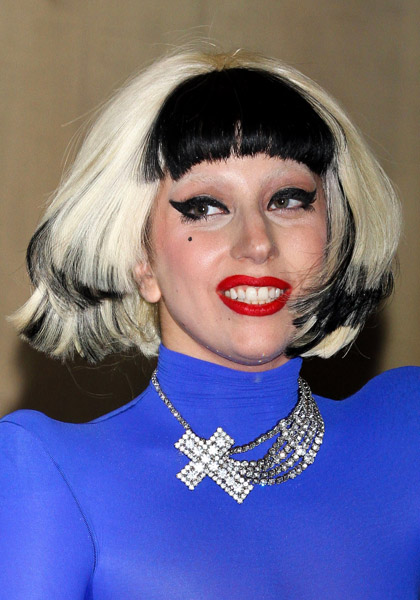 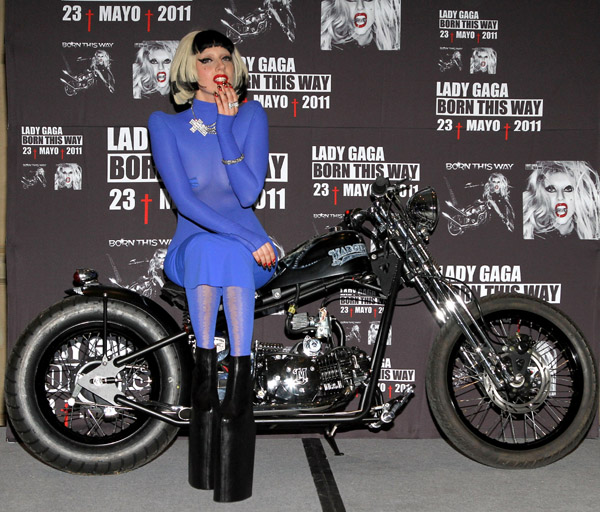