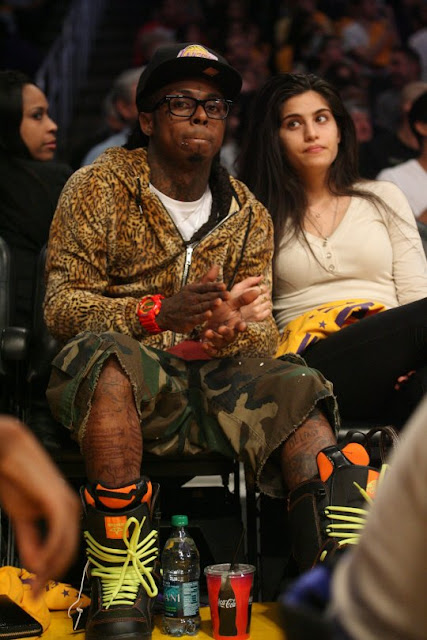 Update: Lil Wayne's girlfriend name is Dhea, like I did this post in May and after months and months I finally find out was Ms. Weezy name is, like I must have really been missing out..smh. Anyway the couple were spotted at a Laker's vs Bulls game. The Laker's loss 88-87. Now for the weather report o_O! 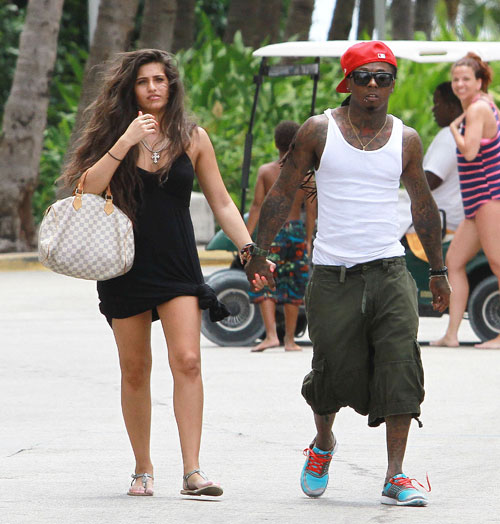 Did you all notice that every time you see a post in the media blogs about Lil Wayne's "girlfriend people call her the "Mystery" woman. I think that is so hilarious, I'm sure this chick umm mystery woman has a name. In the meantime let's just go ahead and assume that 1.She is his girlfriend and 2. She has a name, well unless her name is mystery woman o_O! Check out some pics of the two out and about and tell me what you think. Are they a couple or is she his new jump off? 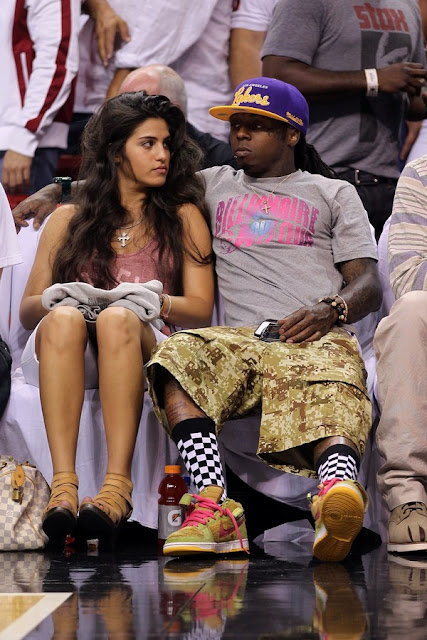 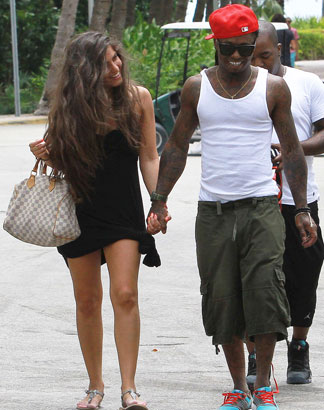