Skip to main content
Labels
Posted by Posh The Socialite May 10, 2011 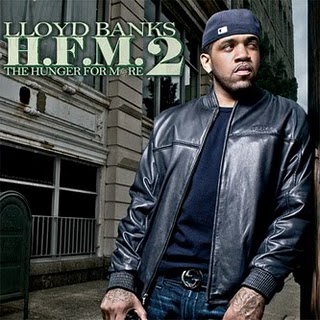 Have you ever gone out to the club and got really really really wasted and met someone, but the next day you couldn't remember? Well, if yes you will definitely relate to this new single by Llyod Banks and Ryan Leslie. I know I can relate, their has been countless times when I would get this random text or phone call and the guy would have to describe himself in order for me to remember ughhh "so forgetful" Check it out and tell me what you think, but first check out what Lloyd Banks told MTV how he came with the concept for the video.
Lloyd Banks' lifestyle of fast cars, pretty women and wads of cash at times have left the Queens MC brain dead when it comes to things as simple as remembering one his women friends' names. In the clip for his latest video "So Forgetful" Banks along with his musical guest Ryan Leslie are seen thorughout the video serenading te very same women whom they couldn't call by name if their life depended on it.

Last month Banks elaborated on the concept for "So Forgetful."
"The way we put the record together was kind of how the video is playing out," Banks said about the song's inception. "I stopped by the studio, [Leslie] was working on a few sounds, and he plays everything, from the drums to the keys. So, he basically started, and I just started writing the verses, and it came to life."
Leslie, a multitalented R&B artist, does double duty on "So Forgetful," producing the synth-heavy track and singing its hook. Leslie believes Banks' genuine perspective on the song — he raps about bagging models and forgetting how they met — makes it one of the album's better tracks.
"What's awesome about this record is that it's a real personal experience," Leslie said. "Brothers be on the road all the time, and we go to different cities, and it's hard to keep track of all the cities and everyone that we meet. Real rap is the best rap. The fact that he was drawing from personal experience to put this record together, I think that's what makes it ... a super strong one."
Banks added that the song's groove, and a certain Zach Galifianakis-starring movie, played an integral part in its creation too. "I believe in that when you building an album, every song should have a different mood," he said. "When I heard the certain notes that was played, it just brought me into the nightlife. It sound like something that I could enjoy, the fellas can enjoy as well as the ladies.
"Actually, I thought [of] the concept of movie ['The] Hangover.' I thought that was pretty dope how they had went away for the weekend and so many things happen and that was kind of like the metaphor. I was bringing them into the life of a rap star or an R&B star — what it would be like. Sometimes, you literally wake up and forgot how you got there."