Skip to main content
Posted by Posh The Socialite May 02, 2011 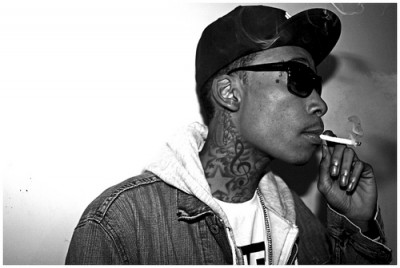 Wiz Khalifa spoke with MTV before he hit the stage at the 2011 Bamboozle festival to clear up the rumors regarding the Kanye West backstage beef . The beef supposedly happened after  Kanye West performance when he threw some subliminal message about Amber Rose in his lyrics. The funniest part of the video is when  Wiz says "people look up at [Kanye] in a high way" No Wiz we look at you in a high way with your weed smoking self, ha! Check out what he said via MTV.
"I did my set and we hung around for a bit, but we weren't even there when fam was onstage," Wiz said. "Somebody made that up. I think they just wanted it to be that type of situation or they wanted to see something go down. It's fun to talk about it and make jokes about, but in all reality, that didn't even exist."
A few days ago Amber similarly brushed off the reports as "rumors."
"Was there a confrontation at Coachella?," Amber questioned via Twitter. "Rumors are crazy and people want things to happen and make it their real life and I guess that's all I can really say about that."
Wiz said he did hear Kanye's lyrics though. He thought it was a low moment, that many people who look up to West may have been turned off by his lyrical alteration. He harbors no ill will, however.
"It is what it is, and I'm doing my business and she's doing her business and he's doing his business and that's what it is. I'm all about positivity and I'm going to keep it that way."
Wiz kept things moving, co-headlining Bamboozle Friday night along with 30 Seconds to Mars. Wiz is currently on the College Consciousness Tour with fellow Steel City native Mac Miller, and he plans to head out with the Motor City's own Big Sean next month for the Rolling Papers tour. But he's happy to perform wherever his fans — or soon-to-be-fans — may be.
"I think my crowd, they kind of just go everywhere and wherever I'm at. I kind of just entertain them as well as make new fans. Some of the people that come to my shows, they just know me for one or two songs, so even the people that don't know me at all at shows like Bamboozle, I get to make them new fans."