Skip to main content
Posted by Posh The Socialite June 20, 2011 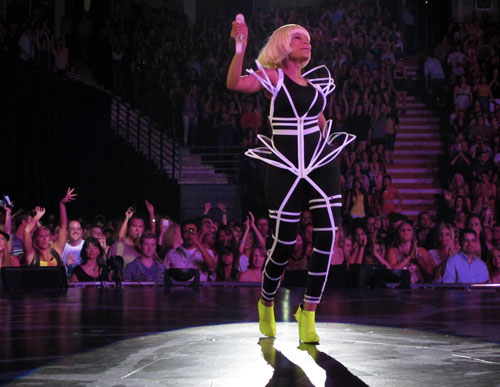 The 'Moment 4 Life' star recently admitted that she would have to tone down her performances due to Spears' younger fanbase, but looking at the front row of the show last night, everyone appeared to be middle-aged!
Minaj rocked a short, cropped blonde wig at yesterday's performance (quite similar to the one worn by Lil Mama at MTV Movie Awards) and a fairly subdued black catsuit.
Nicki Minaj's performance was streamed live via Ustream so that fans could watch the YoungMoney star in action, according to Twitter fans the rapper was 'killing it'. No doubt.
The 'Your Love' hitmaker previously claimed that she intended to create more theatre with her performances, she told MTV: "I'm just trying to put more theatre on that stage. So much to me is music, but it's also about putting on a show, so that's my goal: to truly put on a show and to incorporate theatre and dance."
Source Tale Tela 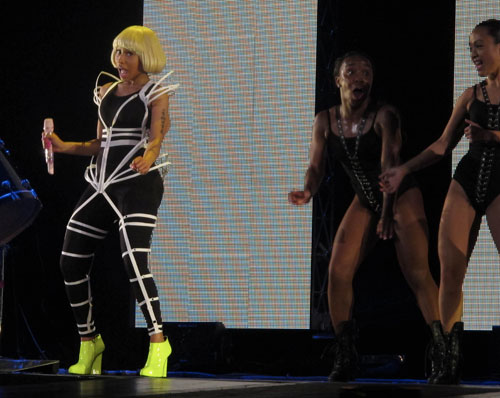 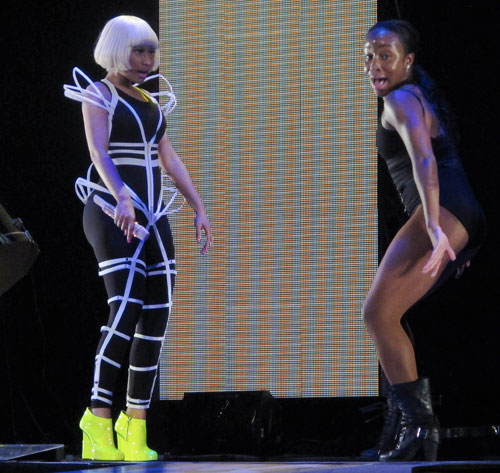 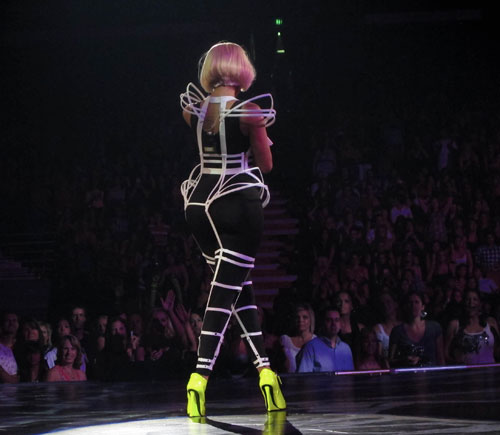 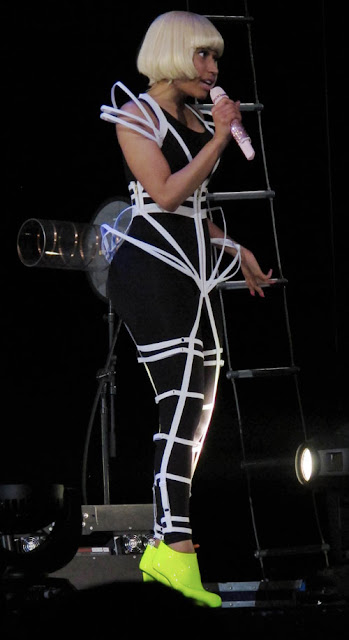 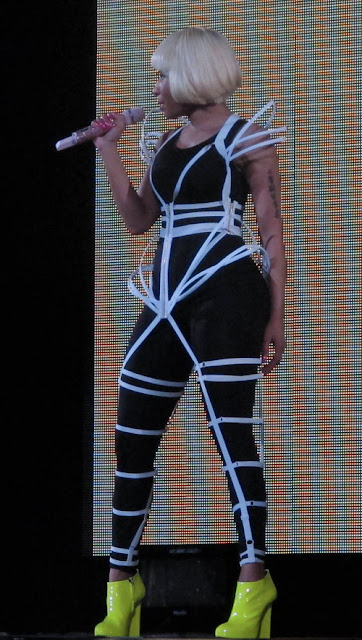