Skip to main content
Posted by Posh The Socialite June 16, 2011 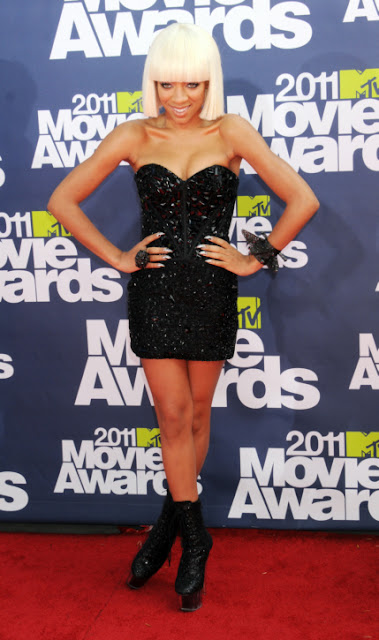 Okay, so your girl Lil Mama actually responded to all of the blogs and news sites that noticed her of swagga Jackin ' Nicki Minaj style at the MTV movie awards a couple of weeks ago. She to Vibe.com and stated that actually it's the other way around Nicki Minaj stole her style. Check out what she said and tell me what you think.

See Here:  Swagga Jackin Alert: Lil Mama Vs Nicki Minaj Part 1
“My cut is blunt and futuristic and Nicki Minaj started wearing that bob on her head after she came to my show, so at the end of the day I know what I do and I know what I possess and I know who I am. I'm a trendsetter,” she said. “The biggest form of flattery is imitation so I'm flattered. I understand the universal law. I'm not confused, I don't feel like a follower. I started so many things that new artists are doing now anyway –my style, the way I'm aggressive on a track, the way I come through, the way my beat bangs. There are so many things that were borrowed, that I influenced that's happening in music right, so I'm far from discouraged.”
Lil’ Mama claims that Nicki saw her haircut during a guest appearance on “America’s Best Dance Crew” and ran with the style.
“She was a guest on ‘America's Best Dance Crew’ and immediately afterwards, everywhere she went, she was wearing the haircut, the same exact way,” she continued. “But that doesn't make me feel like ‘Oh she's trying to be down’ like how I said about our culture. I'm actually flattered because she imitated me and it felt like something that I was doing was cute and in time for the fashion and for the season, so it's like let's live, let's do it.”