Skip to main content
Posted by Posh The Socialite August 13, 2011 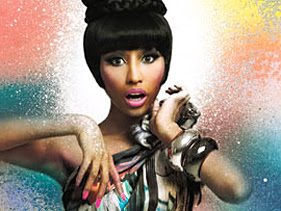 I can't wait for Roman Zolnaski to make her debut in Nicki Minaj's sophomore album.


Nicki Minaj won’t reveal all the details about her next album, but she does say that her alter ego, Roman Zolanski, could be a big part of it.
“I don’t think I’m hitting up anybody for features for this sophomore album,” Minaj tells MTV. As for the vibe of the record, she says it could be influenced by her angry alter ego: “Roman … possibly. But I never give away all my secrets.”
Roman was an important part of Minaj’s debut ‘Pink Friday,’ featuring prominently in a battle with Eminem‘s Slim Shady alter ego on the track ‘Roman’s Revenge.’ The album reached No. 1, earned platinum certification and made Minaj one of the hottest stars in hip-hop.
During her ‘Good Morning America‘ appearance, Minaj promised, “You haven’t seen anything yet. My best work is in front of me, not behind me.”
She also said that once she wraps up the Femme Fatale Tour with Britney Spears, she’s heading to L.A. to work on the next record. She also has a voice part in the upcoming animated film ‘Ice Age: Continental Drift.’