Skip to main content
Posted by Posh The Socialite October 28, 2011 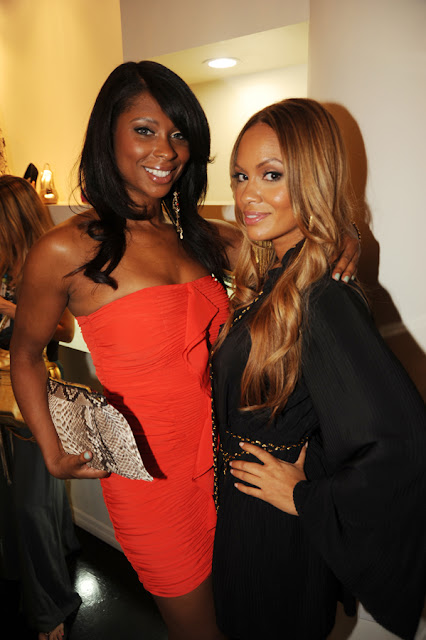 Okay, so word in the blogashphere is that Evelyn Lozada and Jennifer Williams are no longer friends. A couple of months ago twitter and blogs were buzzing about some subtweets that the two women were saying about one another, but Jennifer later stated that bloggers and twatchers were assuming that their was a  problem between the two women. Let's just say I'm totally confused right now.

One minute I hear that the two women are friends, and then I hear that they are  enemies. Also, I'm hearing that Evelyn will be on  next seasons show and then the next minute I hear that she will not return to the show. I guess time will tell when the show premiere's. Anyway check out what Sister 2 Sister found out about the split between the bff's and tell me what you think. Is it all fake to get us ready for next season or is it true about the fallen friendship.

Are Evelyn Lozada and Jennifer Williams officially on the outs?
A source close to the pair told S2S that Evelyn and Jen are no longer speaking to each other, but there's no word on what lead up to the split.
Did Evelyn and Jen have one fight too many? Did someone make an unkind remark? Has the friendship just run its course? It's not clear, as neither of the ladies has said anything about the alleged tiff at this time.
Things have been tense with Evelyn and Jen ever since Evelyn discovered Jen's true feelings about Evelyn's fiancé, Chad Ochocinco. The BFF fallout played out before viewers last season on "Basketball Wives" as most of the cast visited Rome.
This couldn't come at a worse time as Evelyn in the midst of planning her summer nuptials.  We hear she's even been looking at wedding dresses in New York this week.
What we've heard is that Evelyn's feeling very hurt about the whole thing right now, and Jen is taking the high road. The insider said thinks, though, that the ladies will work everything out by the time "Basketball Wives: Miami" returns to VH1