Skip to main content
Posted by Posh The Socialite October 14, 2011 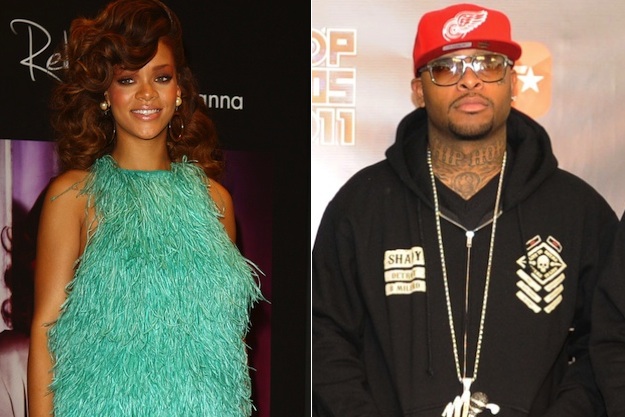 So, who would have guessed that if you say "Hi Rihanna" in a cypher that millions of people will catch on and tweet RiRi including Russell Simmons. I guess Rihanna  had to eventually respond by tweeting  "Hi @Royceda59".  I found that hilarious last night and couldn't help but to tweet but of course "Hi Rihanna".

On Wednesday, Royce appeared on BET’s ’106 & Park’ to explain his now infamous line. The ‘Lighters’ rapper said he met Rihanna backstage at the V Festival this past summer where she told him that she liked one of his songs. “I told her, if you tell me that again, then we have to go together,” he recalls. “I express myself in my music. So I thought it would be a line, I didn’t know it would be a trending topic.”
Do we see a relationship poppin’ off here? They look like a good couple, so we are not mad at them.
Hi, Rihanna!