Lights, Cameras, Action! October, 22, 2011 J & J Entertainment Group, I Am The Party, Jamil Boozer, & TMB Movement in conjunction with FlyCandy & Fire PR group launched Howard University Homecoming weekend by presenting the nation's capitol with  D.C's native and alumnae actress Tarji P. Henson. She hosted The Day Dream Party: Black Hollywood Edition at The Park at Fourteenth.
Henson said she was excited to be back in her home town and requested legendary DJ S&S to play some Go-Go music to get the party started right.
Other noted celebrities seen at the event include actor Sean Blakemore, known for his role as Shawn Butler on ABC drama General Hospital.  Blakemore has also appeared on episodes of ER, Monk, The Shield, Cold Case, NCIS, and Bones. Also actress Kellie Williams, best known for her role as Laura Winslow on the popular TV series Family Matters,  attended the event and looked as lovely as ever. Actor Boris Kodjoe known for his role on drama series Soul Food along with Claudia Jordan television and radio personality primarily known for appearing as a model on Deal or No Deal and competing on season 2 of the Celebrity Apprentice also appeared for the event.
I had a blast! Check out the photos and video of the event below: 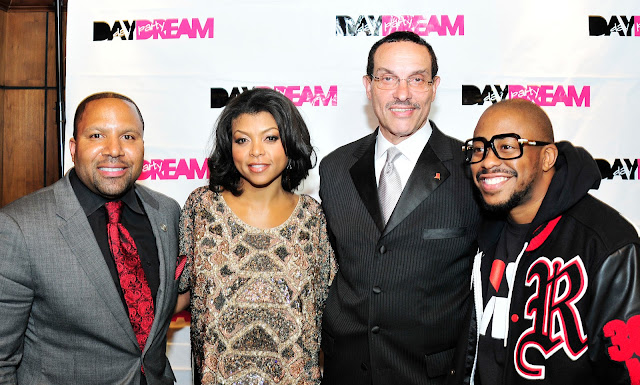 Taraji P Event with PoshtheSocialite.com at The Park from Deryck JUPITERRISE Jr on Vimeo.