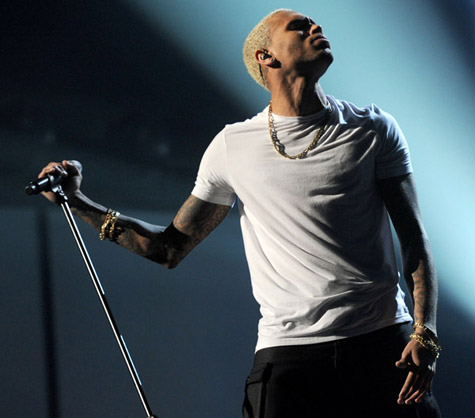 Chris Brown channels Michael Jackson during the AMA's. I have to give it to Chris Brown he gave an excellent performances. It's one thing walking up and down a stage and singing to an audience and it's another thing when Chris Brown hits the stage. He gives his audience a show to remember. Check out his performance below and tell me what you think. Also, word is that Chris Brown went ham on his twitter, but later deleted what he said...gosh Breezy just can't stay out of trouble. See what the fuss is about below:

According to the dailymail.co.uk, the hit-maker tweeted to one of 5.7 million followers on Thursday:

“Don't say s*** to anybody and everyone feels its cool to attack me. GROWN ADULTS!!!! That s*** happened three years ago.”

He then added: “TWITTER GETS WACK REAL FAST! I LOVE ALL THE PEOPLE WHO SUPPORT MY MUSIC! I never said I was a LEGEND. People please grow up.

Breezy, who was sentenced to five years probation and six months of community service after his assault on Rihanna in 2009 also denied that his music promotes violence.

“I've never dealt with so much negativity in my life! It's to the point now that it's just ridiculous! I'M NOT A POLITICIAN! MY MUSIC DOESNT PROMOTE VIOLENCE nor will it ever! Only thing it will increase is the pregnancy rate!”

The ‘Beautiful People’ singer, who is up for two American Music Awards at the gala tonight also wrote:

He’s since deleted all but two messages from his twitter profile.

What do you think? Should Chris Brown give up his Twitter feed?