Skip to main content
Posted by Posh The Socialite November 01, 2011 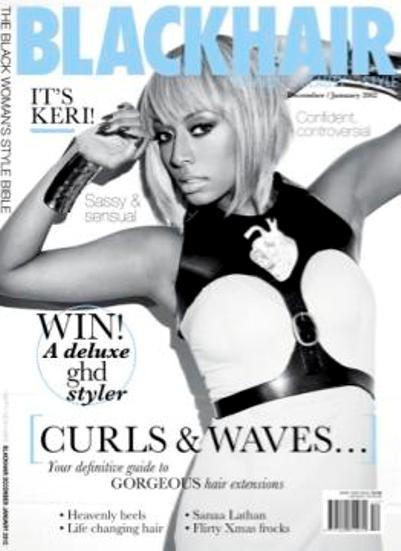 R&B songbird Keri Hilson is known for her glamorous hairstyles throughout her career, so it makes sense that she flaunts her coif on the cover of the U.K. edition of Black Hair magazine. The publication touts itself as the bible of black woman’s hairstyle.
The ‘Lose Control’ singer posted the magazine cover on her Twitter page with the caption, “whippin my hurr on the cover of @blackhairmags (euro edition). Out Nov. 10.” Dressed in a leather-belted bustiere over a dress and metal bracelets on her wrists, Ms. Hilson looks like a futuristic Wonder Woman on the cover. We can’t make out what’s on her bustiere in the black-and-white photo, but it looks like an image of a heart. She’s also donning a bobbed-blond hairstyle that she has been rocking for several months.
Meanwhile, during an appearance on BET’s ’106 & Park,’ Hilson revealed that she is working on her third studio album.