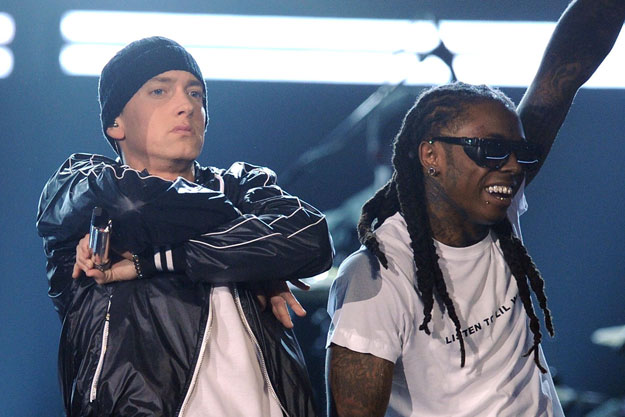 Check out this dope performance of Eminem and Lil Wayne in Australia.

Eminem and Lil Wayne have a friendship and history of collaboration going back many years, so it’s good to see that these boys seem to be having a blast taking the stage together in this new video. In the clip, taken from the Sydney, Australia show of their recent tour, Em and Weezy absolutely destroy their song, ‘No Love,’ taken as the third single from Eminem’s 2010 album, ‘Recovery.’
It’s a good preview for what to expect when the Rock Gods tour together next year on their upcoming world tour, which Wayne announced on his Facebook a few days ago. The globe-trotting pair are set to perform in Fiji, Australia and South Africa come 2012 — and it’s our personal hope that they’ll stop off for some North American tour dates as well, so we can see their on-stage chemistry live and in person.
Read More