#LoveandHipHop "The Duel" How many times can you count "let go"? Kimbella vs Erica Fight! 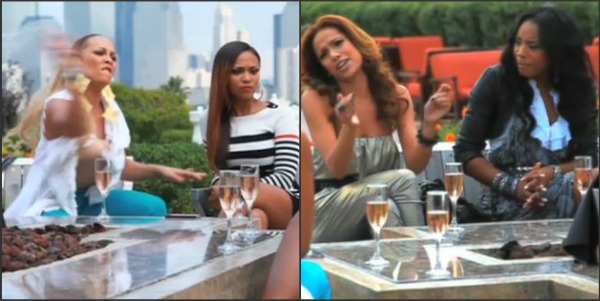 If you missed last night's episode of Love and Hip Hop, then you missed out on one hell of a girl fight. Well more like a pulling hair battle. Who could hold the hair the longest contest.

I thought it was kinda random for Erica to pick with Kimbella for no reason. I have to wonder if she did this all for television. At the same time if you're trying to start a music career fighting with other women on television is not a good look Erica. Not to mention she pissed off Yandy whom she was looking to become a future client of hers. Anyway check out the clip and tell me how many time could you count the phrase "let go" Hilarious!