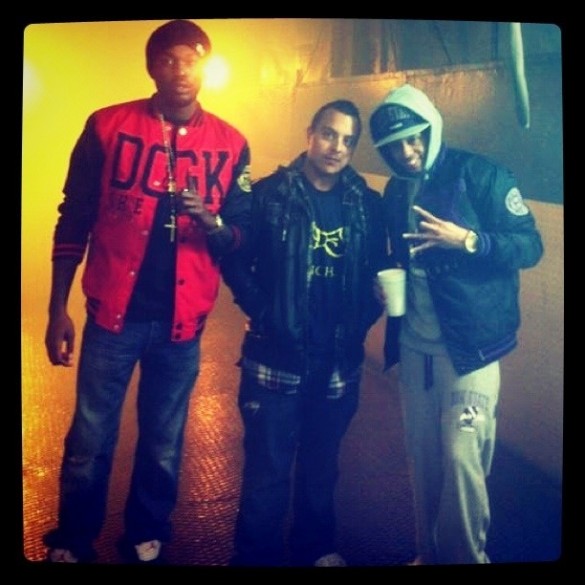 This joint go so hard. I spotted Cory Gunz new video featuring Meek Mill on i am boi genius site see what he has to say here:

Cory Gunz reps his posse as well as Meek Mill rep his and the two come together for “YMCMB MMG“, a joint collaboration from the young emcees–who are both respectively diamonds in the rough of said crews. The track is lifted from Son Of A Gun, Gunz’ mixtape that dropped earlier this year.
Meek Mill is on fire at the moment, featured on some of this seasons’s most-buzzed about records, after being listed as XXL’s “Freshman Class of 2011″. Gunz made a name for himself with his feature on Lil’ Wayne’s platinum-certified “6 Foot 7 Foot”, which debuted in the top tenth of Billboard’s Hot 100, but lacked label hyping from Young Money Entertainment thereafter, leaving fans to wonder whether he’d ever see the release of an LP.
See what he delivers until then in the John Colombo-directed video…
Read More & Credit: Cory Gunz Ft. Meek Mill - YMCMB MMG [Video Premiere] Thanks - Ron