Beyonce' & What We know About Her Baby Picture! 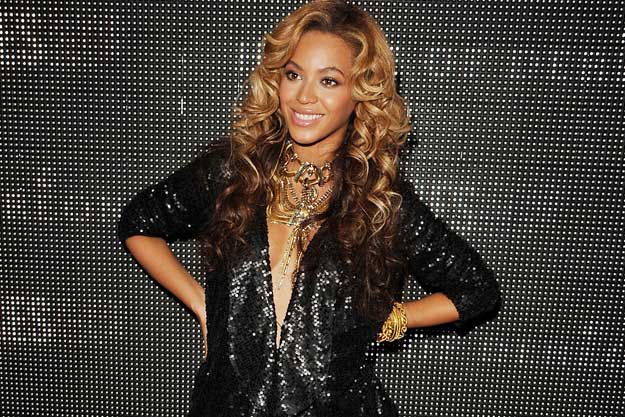 On my daily prowl of what's going on in pop culture. I saw this interesting article about celebrities and how much they charge just so you can see their newborn photos. Check out what Amy Sciarretto from Pop Crush found out and tell me what you think.

When Brangelina’s twins were born, the couple was paid like a bazillion dollars — actually $12 million — for the first images. Brad and Angelina promptly donated the money to charity, with Angelina Jolie saying she did so in order to control where the images ended up and how. It was a savvy mother-protecting-her-cubs move.
But, if you are hoping to shell out a few bucks for an issue of PEOPLE or USWeekly or any other celeb tabloid to “ooh” and “ahh” over Beyonce and Jay-Z‘s yet-to-be-born, hotly contested Babyonce, hope again, folks.
According to The Huffington Post, Bey has no obvious plans to sell the first images of her child to any publication. She could very well be following the Mariah Carey “big reveal” trajectory and doing it on her clock. Carey took to ‘20/20‘ to debut “Dem Babies.” Maybe that’s the route Bey will go and let her adoring public meet her child on a news magazine show?
Or maybe not. We just don’t know.
One anonymous mag editor told The Huff Po that his or her publication “made several offers to their people about running exclusive images of mother and baby and no one has responded.” Sounds like Bey and hubby Jay-Z are not interested in the exposure. The nameless editor continued, “If Beyonce and Jay-Z do decide to share their child with the world, they will probably go the same route as Tom Cruise. Instead of selling the images to a weekly publication, they would give them away for nothing to lock in a cover of a monthly like Vanity Fair. But knowing this couple, it is unlikely we will ever see a staged picture of the child.”
Vanity Fair has not commented on any “first looks” at Babyonce.
Regardless, Bey has remained tight-lipped about all those nasty rumors that she is faking her pregnancy in favor of a surrogate or that she is sporting a prosthetic baby bump. If she won’t address rumors about her baby in fetus form, what makes you think she’ll share photos of her bundle of joy once the stork arrives?
Also, Bey and Jay wed in 2008, but we’ve never seen photos from the big day. We only saw the briefest flash of her wedding dress in one of her videos from her Roseland DVD. And that was just a dress. Bey’s going to be much more protective of her Babyonce, a living, breathing extension of herself.
Another industry spectator said, “Everyone reached out to the couple to buy wedding pictures and they refused.” Two couple no doubt has multiple zeroes in their bank account balance, so they don’t need the money. They are just notoriously private.
However, the reason the couple enjoys so much good fortune is due in part to their fans, so would it really hurt to share a glimpse of the “Oh Baby?”