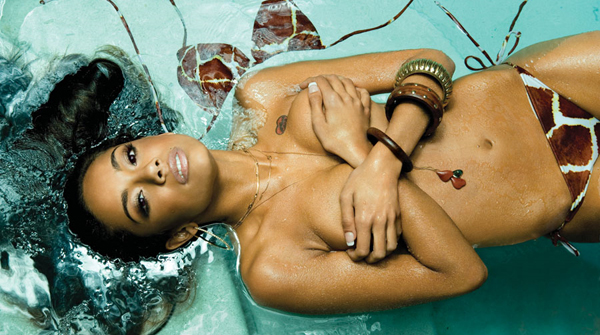 You have to wonder, when model/singer Erica Mena decided to appear on  Love and Hip Hop if she knew that pandora's box will open with all the gossip. I swear I hear more negative than positive about the veteran model. Now Erica has to clear up her name about sleeping with both members of Mobb Deep. Prodigy claims that she did while Mena denies the allegation. Here is what I found out about the situation on Tale Tela:

The model had a scrap with co-star Kimbella in a recent episode, and it has since been claimed by Prodigy that he and Havoc both slept with Erica.
While Prod states she had intimate relations with both rappers in his book My Infamous Life, Erica has denied the accusations in a statement given to Vibe.com, which reads: "For the record: Erica Mena has never been sexually involved with either party of the group Mobb Deep. Not now. Not ever. All claims in Prodigy's book are completely false. She has only worked with them in the past."
"If Prodigy is referring to the time that she met them while working, please let it be known that Erica was only 16 years old at the time. The content in this book is blatant defamation of Ms. Mena's character and is nothing more than fabricated slander - in an awful way to gain financial profit."
"Although, we wish him the best in the new year, the spread of these false and malicious claims - at the expense of Erica Mena's brand and reputation - will not be taken lightly. Erica and her team are currently pursuing legal action to make sure this matter is handled, and the truth is thoroughly publicized."
Who do you believe?