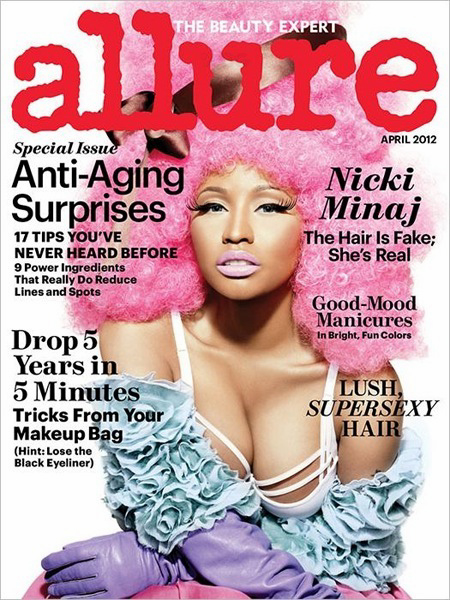 Nicki Minaj sports a pink ‘do and her busty upper body on the cover of the April 2012 issue of Allure. It baffles many that a recording artist with excessively vulgar lyrics and blasphemous behavior could attract the attention of the world’s youth.
“I think as far as the younger demo is concerned, I play dress-up,” Minaj explains. “I also can put on a very cartoonish voice. So sometimes children may not know what I’m saying, but they like the sound of it, and they think I sound like some weird character.”
Minaj has her sights on conquering other territories outside of music; one being a fashion line.
“I never thought about music as just being the end-all, be-all. I always looked at it like a business, something that I could create an empire out of. So that’s why I’m only about to put out my second album and I’m already thinking about this,” says Minaj. “I had a little conversation with Jay-Z at the Victoria’s Secret fashion show. He said, ‘Congratulations on all your success.’ And I was like, ‘Yeah, I’m coming for you. I’m coming for your spot, Mr. Mogul.’ ”
via IamboiGenius 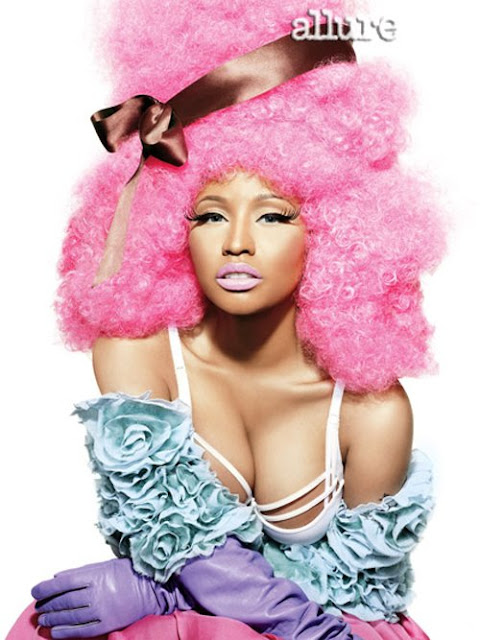 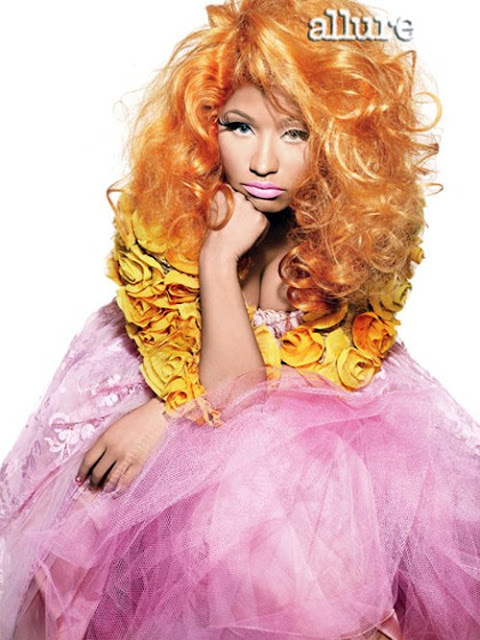 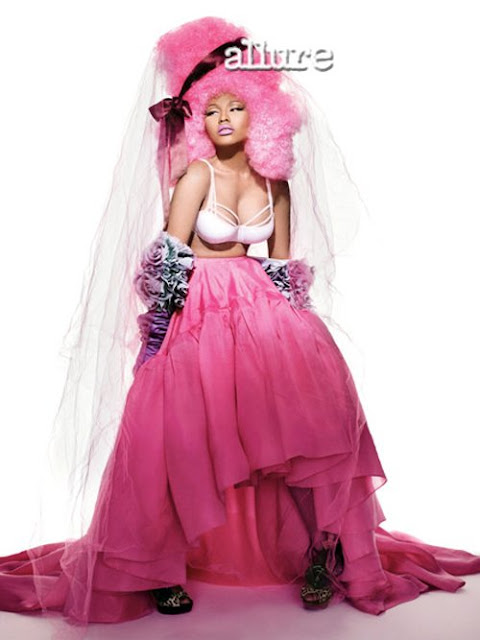 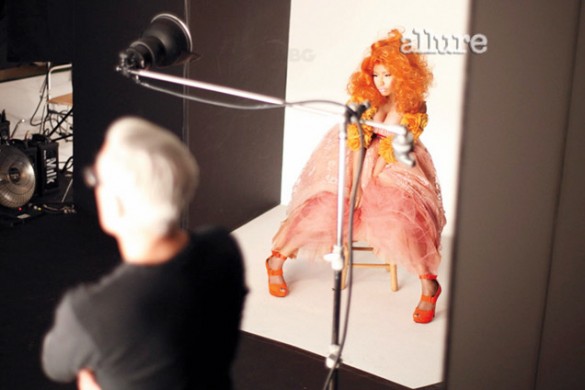