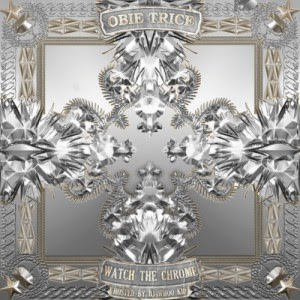 It's been a minute since his sophomore album Second Round's On Me dropped in 2006, followed by his departure from Shady Records two years later, but Obie Trice is back.

As he preps the release of his third album Bottoms Up for early April, the Detroit rapper gives fans an appetizer ... in the form of a DJ Whoo Kid-hosted mixtape, titled Watch The Chrome.

The tape boasts 17 tracks with no guest appearances, aside from two skits -- one featuring Eminem and another with deceased D12 member, Proof. Also on it, Obie delivers new music, as well as his own versions of Waka Flocka's "No Hands" single, and Meek Mill's "Tupac Back", among others.
Read More