Terrance J Inspires In Interview "From Homeless To Host" 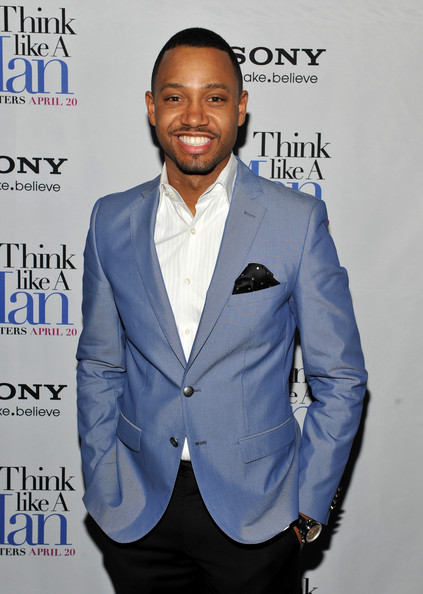 Terrance J inspires in his interview with Global Grind about his come up from being homeless to becoming a popular host on 106 & Park. I hope that readers will take from his interview that whatever you want to do in life and no matter what kind of obstacles you face, that you can achieve it if you believe in yourself and to stay focused. Check out what Terrance J had to say in Global Grind interview and tell me what you think.

GlobalGrind: Before the acting, how did you get your start?

Terrence J: I credit my education for everything I've been able to do. I have a communications degree from North Carolina A&T State University that was the catalyst to me getting involved in media, acting and things of that nature. I auditioned for BET and several other things at the time. BET was the first thing that started off my career and that's what lead me to all the other avenues I'm able to participate in now.

When you first started at BET, how did it feel? You guys got a mixed reaction because of the situation with AJ and Free. So, what was the reception you felt?

I was just happy to be off the streets. At the time I was pretty much homeless, I was sleeping over peoples' houses, I stayed with my brother's friend on a cot in his basement for around two months. I didn't really have a place of my own for awhile so I didn't really feed into a lot of that. I think whenever you have new people they're always going to compare you to those that came before you.

They compare Kobe to Jordan and until you start winning those championship rings they're going to keep on comparing you to people. So for us it was initially difficult, we had challenges and hurdles, but we're here and we're going into our 7th season. The ratings now are higher than there ever been in the history of the show.

How does that make you feel?

We're just proud of that, we don't take any personal credit. I'm excited that there's a place for music and hip hop still on television. When you look at other networks that were primarily music based channels in the past, they don't have that anymore. BET and 106 & Park is like the last of a dying breed. We're proud that we're able to continue on the legacy bringing great artists and great music, giving those videos to the youth.

Are there any celebrities you feel you've latched on to and sort of grew with over the past seven years?

Will Smith has definitely been a big mentor to me. Diddy has actually helped me out a lot. Will Smith and Jamie Foxx have always been really kind. A lot of people in the industry have just taken me under their wing. I have some great mentors like Daymond John, the owner of Fubu, and Mike Kyser, the head of Atlanta Records. I've learned a lot about the industry and a lot about different perspectives.