Skip to main content
Posted by Posh The Socialite April 13, 2012 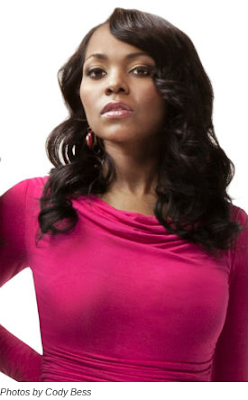 When the women from the hit reality show Basketball Wives does interviews outside of filming, I get a little nervous for them when they get back to filming mode. A lot of the drama that is stirred up seems to always brew when the ladies are out of their fellow cast mates view. Example would be the Jennifer vs.Evelyn beef  because of Jennifer's blog, Tammy vs Kenya because of Kenya's radio interview. You get the drift and now here is Kenya again talking to Juicy Mag about Evelyn throwing a bottle at her, surgery rumors, adoring Jennifer & More. Check out the interview below and video of Episode 8. Tell me what you think.

KENYA BELL has had quite a season on Basketball Wives. First, getting shaded over her music videos, then castmate KEISHA N’ICHOLS throwing her under the bus, and now EVELYN throwing bottles at her head.

KENYA chopped it up with Juicy to respond to her who’s style she really jacking, why she’s chosen not to fight back, and responds to those ugly plastic surgery rumors.

Juicy: What was going through your mind when EVELYN threw that bottle at you during dinner?

KB: I’ve been professionally trained to fight thanks to my Dad.  I have no fear of any of  them and all of their bullying, negativity, and pure haterism. It’s sad that as women, they aren’t supporting my efforts to be independent as a woman and a mother, especially after I spent years helping my husband make it to the NBA and he’s chosen to ruin his life. [The cast] can talk all they want, as long as neither of them put their hands on me, they have nothing to fear.

Juicy: Speaking of your husband, what was the plastic surgery claims about?

KB: He’s decided to try and ruin my life by telling lies to the media about plastic surgery, etc. in attempt to ruin any possibility of me having a career.  It seems that the women of basketball wives would be on my side seeing what I’m going through.

Juicy: What made you invite Keisha to your video screening after she threw you under the bus?

KB: Actually that’s the result of editing.  My video screening happened BEFORE the bottle throwing incident.  I haven’t seen Keisha since she started the fight between Evelyn and I.

Juicy: You seemed to be taking the girls’ criticism very lightly at the screening…

KB: I’m a very cultured individual. I’ve worked in corporate America and shook hands with the President. I know the difference between what’s good and what isn’t, so when someone tells me something is horrible and I know it’s not, it’s laughable to me.