Skip to main content
Labels
Posted by Posh The Socialite May 17, 2012 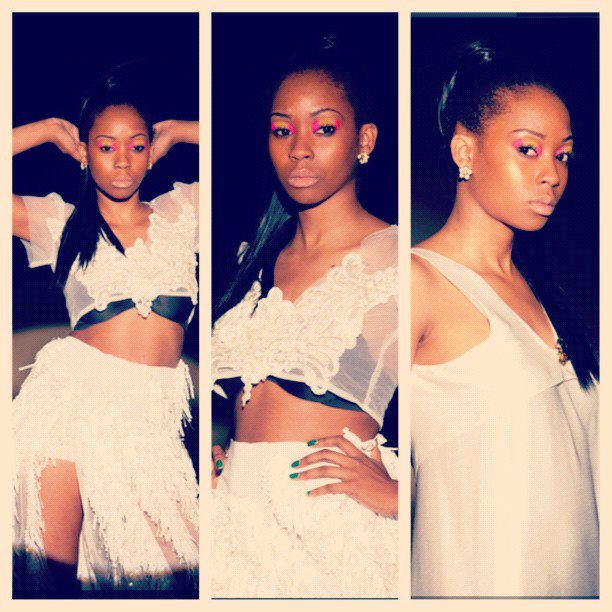 For those who don't recall, Simmons is the star of the MTV reality show Run's House that followed her and her family for several seasons. She was also the star of a spin off show, Daddy's Girls,  about her and sister Angela's exploits launching their Pastry shoe line in Los Angeles, California.

Now Vanessa is launching her Rose by Vanessa Jean lingerie line and will be corralling 15 girls this summer to live in one house in Los Angeles for  5 days while they undergo a series of challenges before determining which 3 will be Rose models and will walk alongside Vanessa during her official launch!

Well my baby sister, who graduates from college with honors in Theater Arts with a minor in Film this month and is an aspiring model and actress, is one of them! And I am her official sponsor! And by sponsor I mean, I'm footing the bill for her bathing suit, clothes and hair for the competition. ha! The competition will be live streamed on the web so she has to look fierce.

Hawa came a long way to getting her slot. First, born with sickle cell disease, she overcame adversity including multiple stints in the hospital and underwent numerous blood transfusions and blood transfers after her first semester in college only to return and get a 4.0.  Even to get a semi-finalist slot, she didn't let the fact that she was not one of the original 12 girls picked stop her. She harassed poor Vannessa on Twitter until she was selected among three girls chosen for Wild Card slots. Homegirl is a fighter!

So you are not voting blindly, here are a few of my favorite pics of hers below so you see she's not bad a pick either. ha!

VOTE HERE: and VOTE DAILY if you can and remember. THANKS GUYS! Love ya much! Muah!