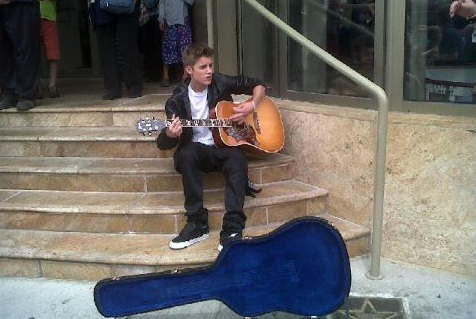 “You’re A Good Man, Justin Bieber,” commented the Peanuts gang. That’s what the audience at Saturday’s matinee of the Stratford Shakespeare Festival production of You’re a Good Man, Charlie Brown must have thought when they walked onto Downie Street, outside the Avon Theatre, at intermission.

Justin Bieber made a surprise performance during the intermission of “You’re A Good Man, Charlie Brown” on Saturday afternoon on the steps of Avon Theater in Stratford, Ontario. Bieber sang his hit song, Baby.

Pretty awesome of the Justin Bieber!