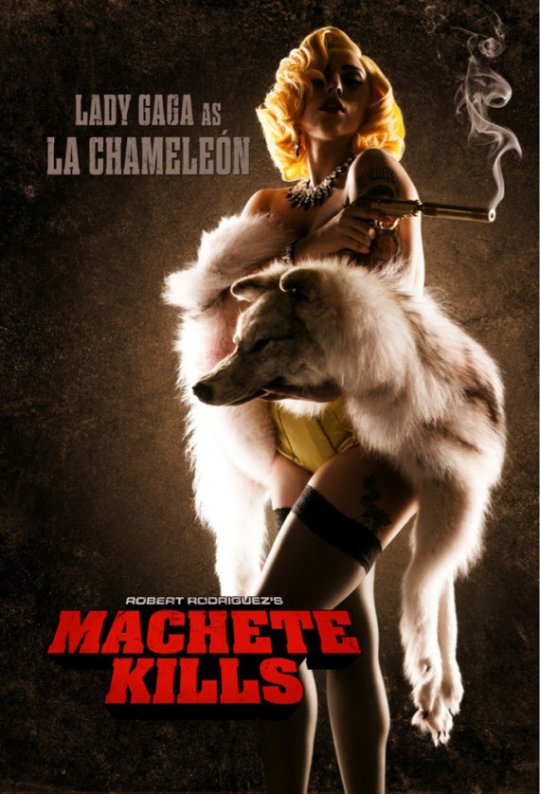 Lady Gaga is making her acting debut 'Matchete Kills'as La Chameleon. As dramatic Lady Gaga is on the stage, I can't wait to see her on the big screen.  Lady Gaga recently tweeted the news:

Gaga has already done some shooting for the film, as well as starred in a badass promotional poster. In it, she gets glam with a gun, while wearing a wolf as a wrap around her body.