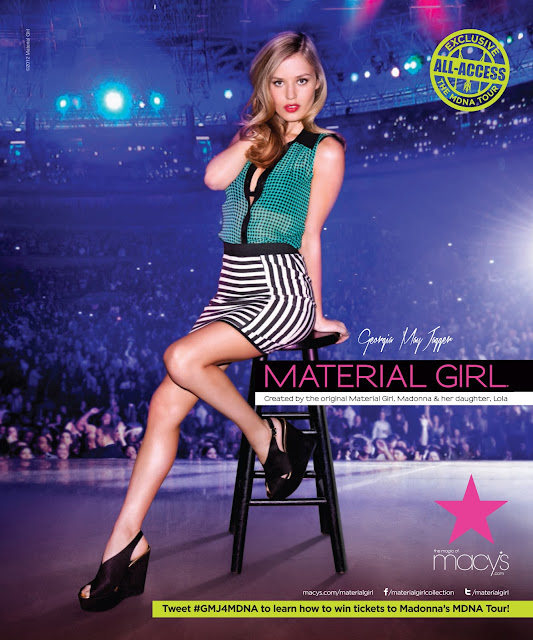 Madonna and Lola unveil Material Girl’s fall 2012 campaign featuring Georgia May Jagger, daughter of legendary rocker, Mick Jagger and supermodel, Jerry Hall.  Photographed at Madonna’s MDNA tour rehearsal at Nassau Coliseum in May, the campaign creative casts Jagger as the ultimate VIP, capturing her getting “all access” behind-the-scenes at the concert. Material Girl is available at Macy’s. 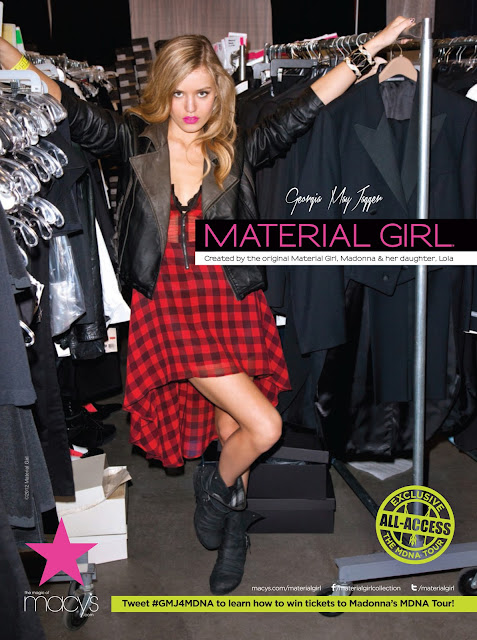 Madonna and daughter Lola commented: “We think Georgia May has great style  and perfectly captures the energy and free spirit of the Material Girl Fall line.”

Georgia May Jagger commented: “I had so much fun shooting this campaign.” “I spent a lot of my childhood backstage hanging out around amps. That was where we chilled when we were younger. So this photo shoot brought back a lot of memories. I have always admired Madonna’s music and style; she is constantly reinventing herself,” she added. 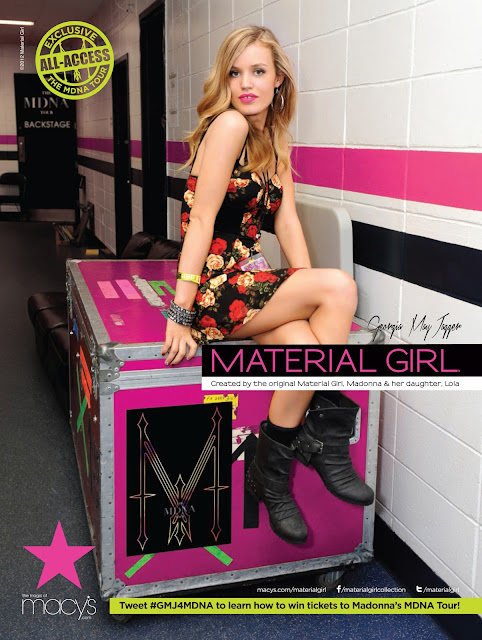