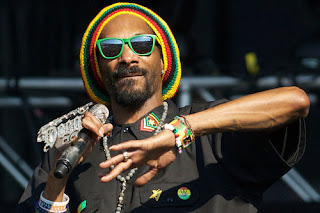 In conjunction with VICE, the youth media brand, the REINCARNATED project embodies Snoop's recent stay on the island of Jamaica. The project includes a reggae album produced by Diplo and the Major Lazer production team, documentary, photo book and a non-profit initiative called Mind Garden.
Initially set as a trip to focus on his music in an isolated environment, the journey quickly morphed into both a musical and a spiritual awakening. “For this project, I had no intention of making a reggae album, but the spirit called me.  Anytime the spirit calls you gotta know that it's serious and real,” recalled Snoop on both the Rastafarian culture and the Jamaican people who embraced him along the journey of being reincarnated into Snoop Lion.

Snoop revealed the story behind his adopted moniker "Snoop Lion" – a title change that garnered massive press attention when announced through his social networks last week.  The title was given to him by the revered Nyabinghi upon his arrival to the island. The name is derived from the Lion that appears on the Imperial Ethiopian flag and remains an honored symbol of former Ethiopian Emperor Halie Selassie I and the Rastafarians themselves.

“I didn't want to be Snoop Dogg on a reggae track...I wanted to bury Snoop Dogg and become Snoop Lion, but I didn't know that until I went to the temple and received the name Snoop Lion from the Nyabingi priest,” said Snoop. “From that moment on, I started to understand why I was there and was able to create something magical in this [Reincarnated] project...something I haven't done before in my career.”

Snoop recently released his first single “La La La” from his REINCARNATED reggae album to rave reviews. In celebration of his song and to commemorate 50 years of Jamaican independence on August 6th, Snoop has made 1962 copies of limited edition 7" vinyls to distribute.

VICE documented Snoop’s very personal journey throughout Jamaica and his time spent with Rastafarian elders. The documentary, REINCARNATED, features never-before-seen images of Jamaica, as Snoop was granted unprecedented access to Rastafarian culture, temples and Jamaican culture. The riveting documentary was also just accepted to the prestigious Toronto International Film Festival and will premiere on September 7th and 8th, 2012.

Not only was his time documented on film, but also through awe-inspiring photos of Jamaica's rich landscapes and beautiful people. The photos were captured by Los Angeles photographer, Willie T, and will be released as a coffee table book through VICE.

While in Jamaica, Snoop was deeply affected by the people of Jamaica and also discussed his role in the development of Mind Garden, a non-profit social initiative focusing on community gardens that will provide essential nourishment to the kids in Kingston, Jamaica. For Mind Garden, Snoop partnered with renowned businessman Jean Paul DeJoria and his JP’s Love, Peace and Happiness Foundation. 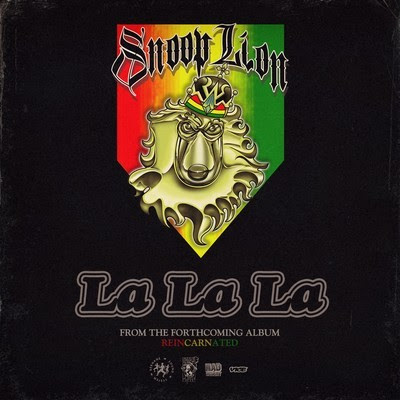