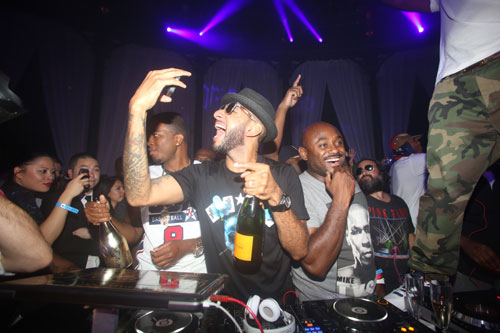 Swizz Beatz partied it up with his celebrity Olympians in London. Looking at the photos Swizzy sure knows how to throw a party. Olympians that attended included Lebron James, Kobe Bryant, Carmelo Anthony, Kevin Durant, James Harden & Tyson Chandler.

Swizz played DJ on the night, which was held at Camden's Roundhouse by Club Bud Presents TAO/Marquee. The producer spun some of the hottest hip-hop tracks until the early hours, when he was supported by his special guest Nas, who performed tracks from his Life Is Good album. Read More