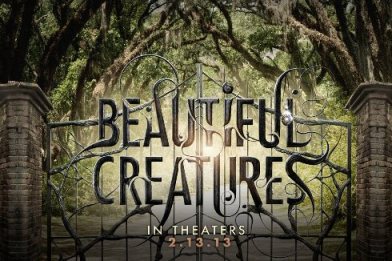 The supernatural love story "Beautiful Creatures," is based on the New York Times best-selling novel of the same name - the first of a hugely popular series written by Kami Garcia and Margaret Stohl - is a hauntingly intense coming of age story set in the South. BEAUTIFUL CREATURES is about two star-crossed teenage lovers, local boy Ethan (Alden Ehrenreich) and a mysterious new girl, Lena (Alice Englert), who uncover dark secrets about their families, their history and their town.