Fashion's Night D.C Georgetown was so much fun. D.C's fashionistas, designers, models, bloggers & more were out capturing a glimpse of D.C fashion world.

I spent my night in the city with my sister JJ over at Bellyitchblog.com and Grammy-nominated singer Wayna. 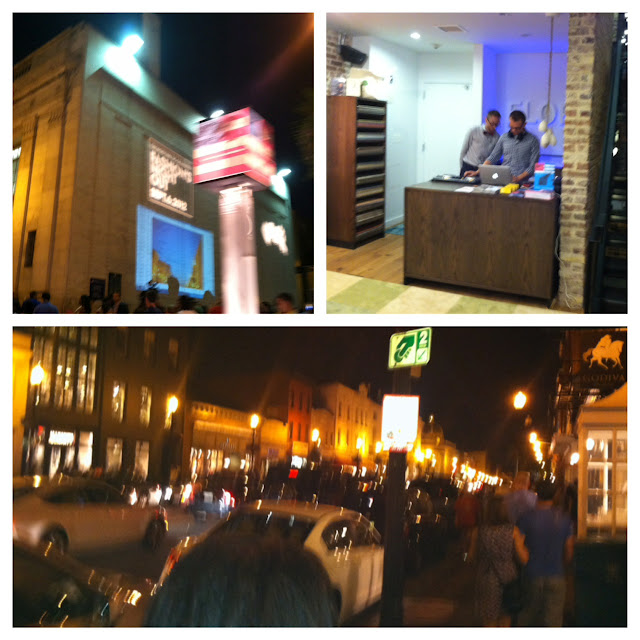 When we got to the City, it was already pulsating with activities. We passed a pop up outdoor party in the parking lot of PNC Bank on Wiscosin avenue complete with DJs and disco lights and peeped several DJs spinning in store front windows.


We passed stores brimming with fashionistas, sipping on champagne, noshing on appetizers and trying on some of the new fall collection items being offered by the various boutiques. 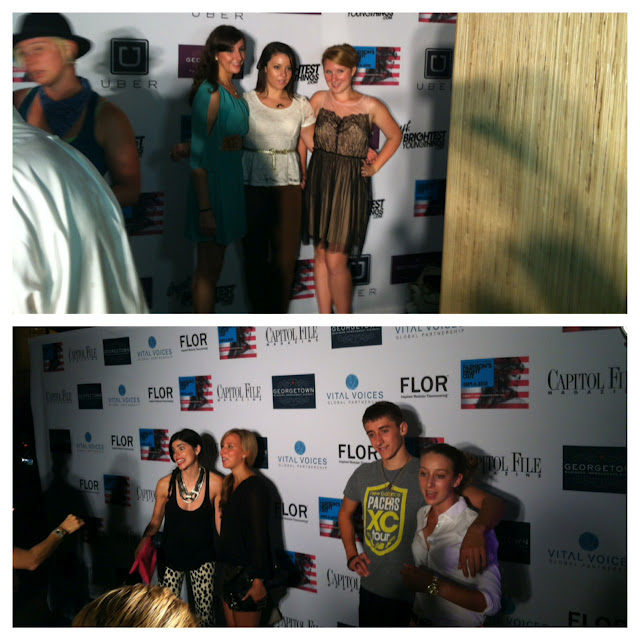 Our first stop was the Cady's Alley where we took a photo in front of one of four red carpets and step-and-repeat stops set up at stops on Wisconsin and M Streets in Georgetown. Everyone got to be a celebrity. Fab! 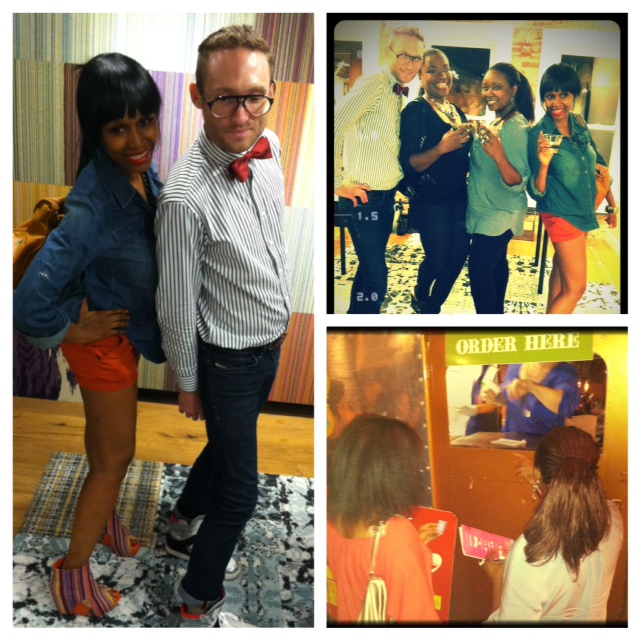 Then we grabbed cocktails and Thai food from the most deelish food truck sponsored by the carpet store Flor. Check out master Flor designer Justin. 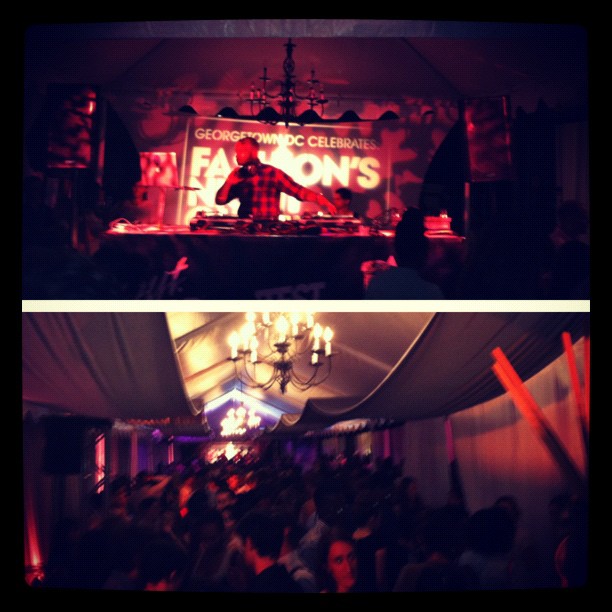 Next, we hit the Brightest Young Things lounge on the patio of Dean & Deluca. The scene was on and popping with fashionably dressed patrons, bars, a Heineken counter, and... 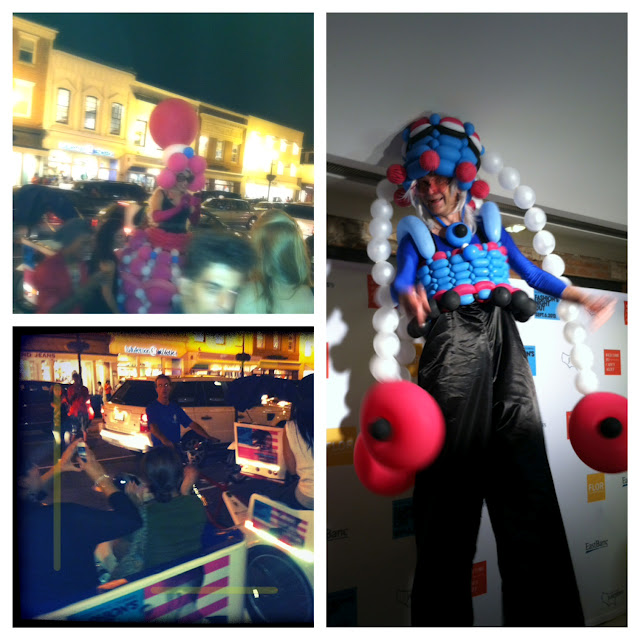 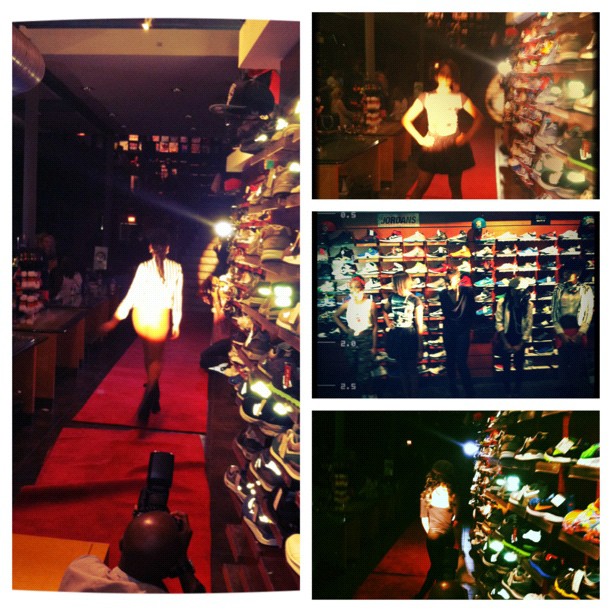 And so were widely available Pedi Cabs to transport shoppers up and down the boulevard.

We closed out the night at SportsZone and got there in time to see it well into a mid-show feature when they plucked folks from the audience to walk the runway and compete for a $50 gift card. We got to see my sister's friend daughter Sierra in the competition walk. 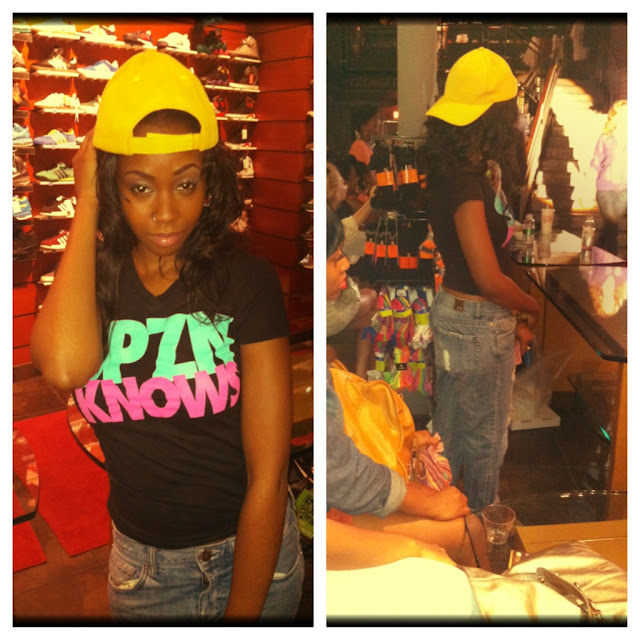 HawaJay my sister was a promotional model at the SportZone event. 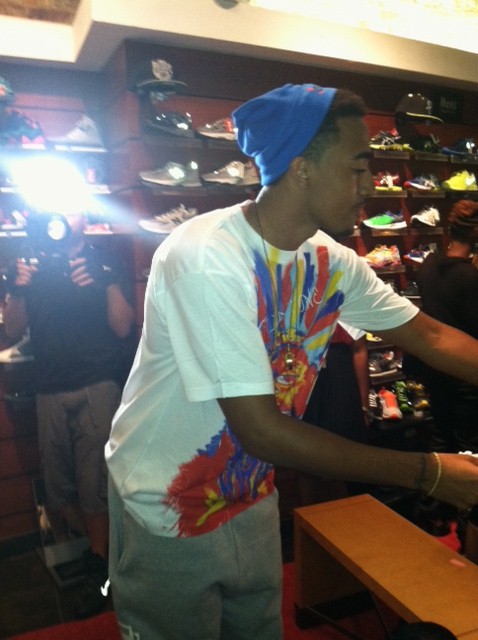 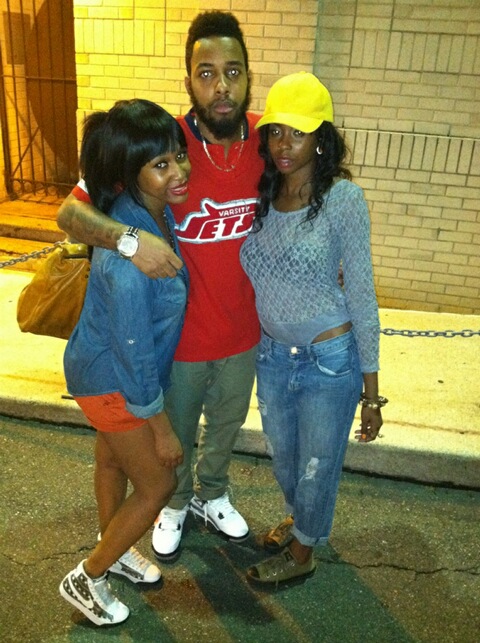 I ended my night by networking with another D.M.V blogger PatIsDope.com and met with the rest of the ladies at  Bistro Francois where we had French Onion soup and watched the president's accept his party's nomination for reelection. I had a fab time & looking forward to next year. Perhaps I will check out New York FNO!