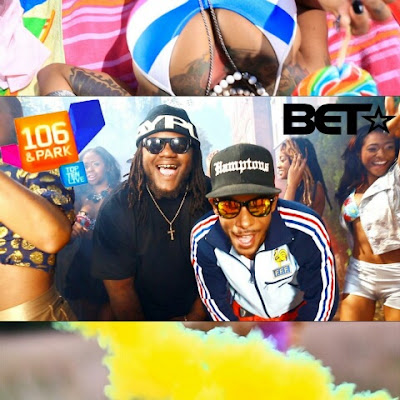 October 16th, I attended Tabi Bonney's "Time of her life" video premiere party at Lotus Lounge in Washington, D.C. The video features D.C's own Fattrel (SB) and many beautiful models including my sister Hawa Jay. The video was directed by 6ix Shoota. I was quite surprised to finally meet him at the venue and was excited to finally see the end product of video.


The club was popping in support of Tabi Bonney's video including his video models, socialites, bloggers, tastemakers, musicians, and fans. During the video viewing it was kind of hard to see with so many people in the venue but, Tabi Bonney was kind enough to let me and Hawa Jay see it on his iphone. Pretty dope!

The video is very colorful, bright, and fun! The ladies definitely look like they were having the time of their lives, running in the street, riding bikes, chillin on the block & beach. The garments worn by the ladies in the video was super cute. The fellas looked great as well.


The video will be featured on BET 106 & Park Tonight and can also be seen on MTV, MTVJams, and MTVU after you check it out tell me what you think of "Time of her life" video or comment on the hash tag #TOHL

In the meantime check out the Behind The Scenes here: