@NickiMinaj Goes In On The 105.1 Breakfast Club Crew! Yikes [Video] 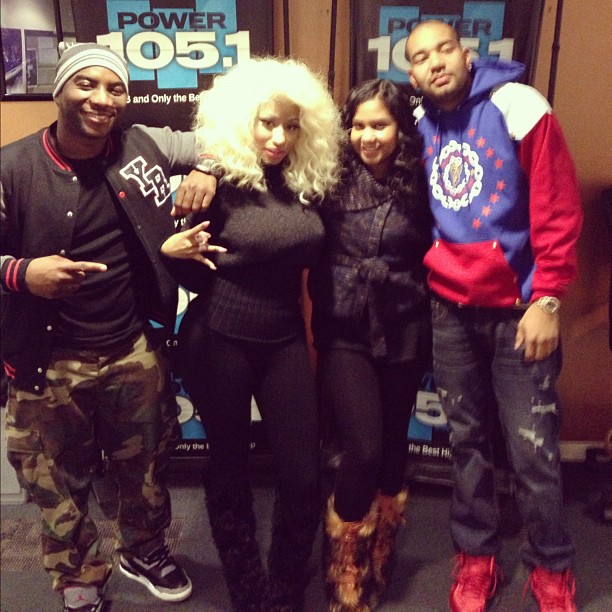 Nicki Minaj hit up the Breakfast Club this morning and fans go wild when Nicki's interview with our favorite New York morning crew gets all crazy. Nicki fires back on the morning show team or as we say "Goes In" on them. Basically, as journalist she felt that the crew could have been more prepared with the interview.

They did not have her new album Pink Friday: The Re-up music cued up. She wanted them to play other tracks from the album outside of the radio played songs like "High School" and "Freedom". Nicki was also insulted that the crew did not even see her new video "Freedom" that dropped. Hopefully the crew learned a lesson and will prepare when all of the guest on the show appears for interviews.

Check out the interview below and tell me what you think. 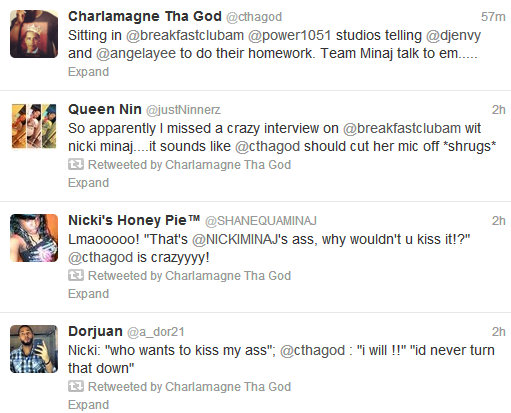