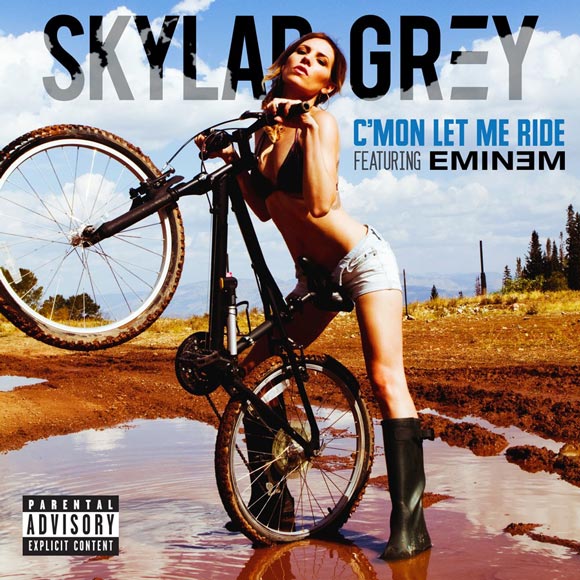 Skylar Grey is known for penning dark, melancholic songs we can’t get out of our heads. On her new single, “C’mon Let Me Ride,” she takes a different route by making bicycles racy, and I’m not referring to Queen’s “Bicycle Race,” which she samples for the chorus. Eminem, the executive-producer of Grey’s debut album Don’t Look Down, adds a verse filled with sex-filled metaphors. After a few listens, the Alex Da Kid-produced track became more tolerable (and that’s only because I convinced myself it is a Gwen Stefani parody).
﻿-Ron