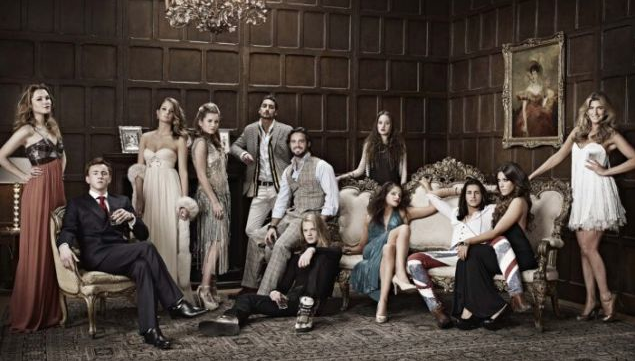 Last night, Style Network premiered the first season of Britain's hottest Reality TV show, Made in Chelsea. Made in Chelsea follows the lives of the young, the rich and the most fabulous group of British twenty-somethings and their luxurious lifestyles in Southwest London.

The flashy, fashion-forward series spotlights the lives, loves and careers of a group of eight globetrotting friends who live in and around some of London's most exclusive neighborhoods. Like any other group of young people, there is drama -- from ex-loves to backstabbing frenemies -- only it all plays out against the glittering backdrop of the London social scene. Polo fields, chic parties, the occasional private jet -- it's good to be young, beautiful and on top of the world.

In case you missed the US season premiere, check out the full episode below and tell us what you think.

For all the drama and glam, make sure you tune into Season One of Made in Chelsea every Monday night at 8 p.m. ET/PT on Style.

Make sure you follow and connect with Made In Chelsea online:

Made in Chelsea Sneak Peak

First 10 Minutes of Made in Chelsea