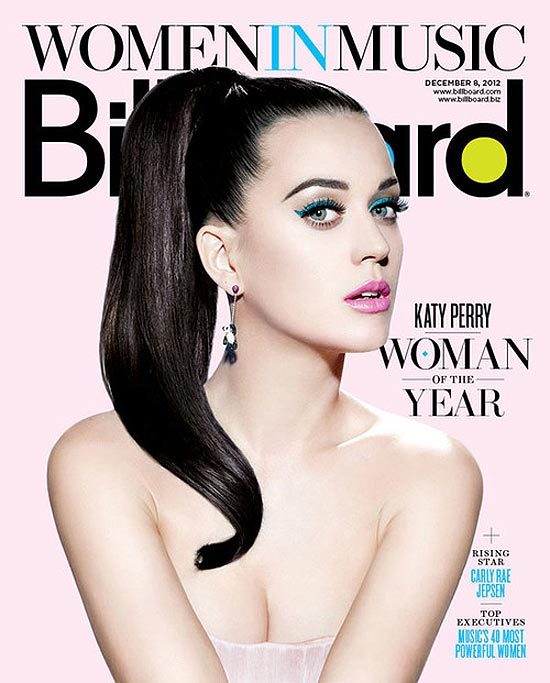 Katy Perry was undoubtedly one of the biggest pop forces of 2012. Billboard has honored the chart queen as “Woman of the Year” for their annual “Women in Music” issue. Billboard hosted a gala in celebration of the issue, and the “Firework” singer delivered a facetious speech when accepting the award.

“I am not a feminist, but I do believe in the strength of women. I don’t really like to call myself a role model for my fans. I hope that I am an inspiration for them, especially young women. My mantra, especially for the ['Part Of Me'] film, was: If you believe in yourself, you can be anything.”

written by Ron I Am BoiGenius Blog