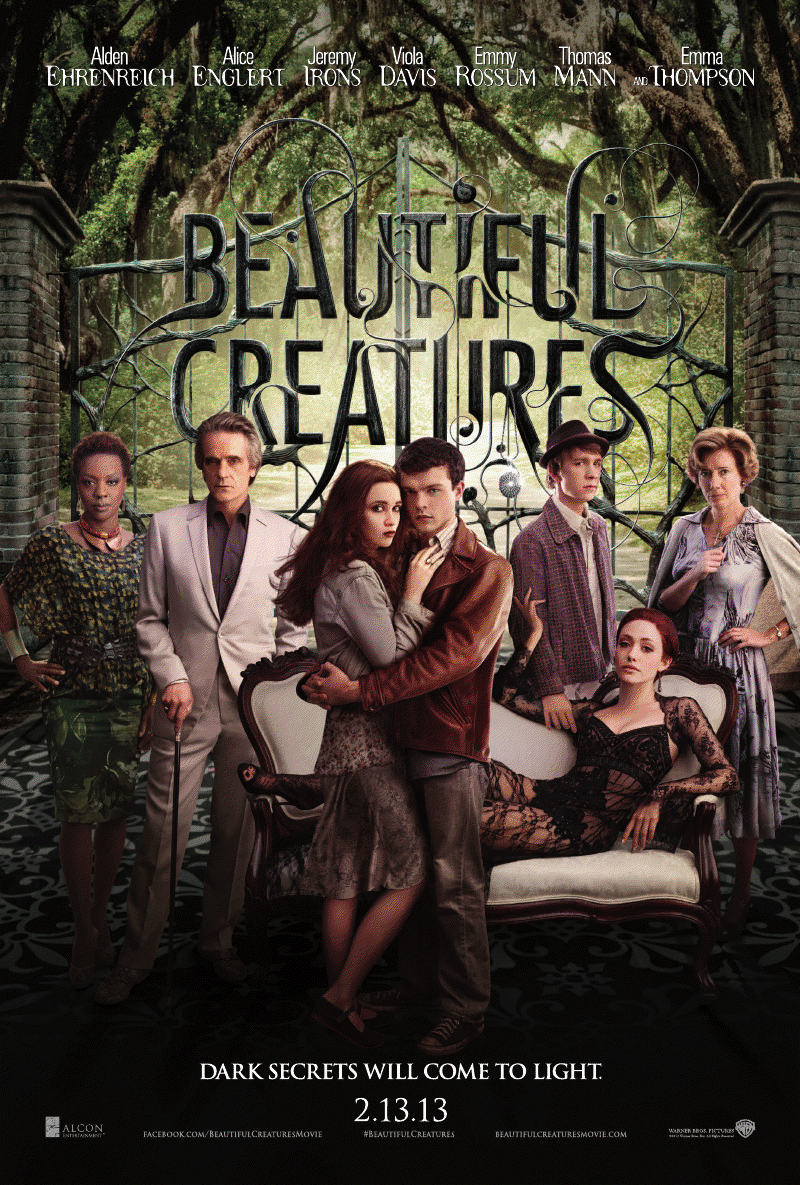 February is the month of LOVE, what better way to celebrate than by watching the magically romantic film, Beautiful Creatures? Warner Bros Pictures has moved the release date of Alcon Entertainment's Beautiful Creatures to Valentine's Day, in keeping with the film's intriguing blend of magic and romance.

Beautiful Creatures tells the story of two star-crossed lovers; Ethan, a young man longing to escape his small town, and Lena, a mysterious new arrival. Together, they uncover dark secrets about their respective families, history and town. As the tie between them strengthens, they become tangled in a dangerous web of spells and secrets from which there may be no escape.
Will this be the next big on-screen couple?

Check out the Trailer below: