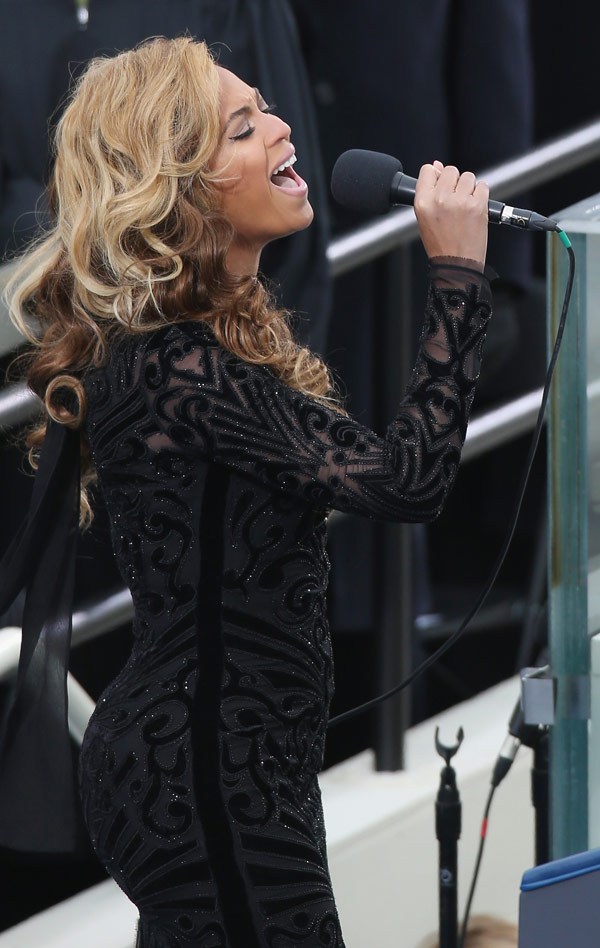 Singer Beyonce performs the National Anthem during the public ceremonial inauguration for U.S. President Barack Obama on the West Front of the U.S. Capitol January 21, 2013. 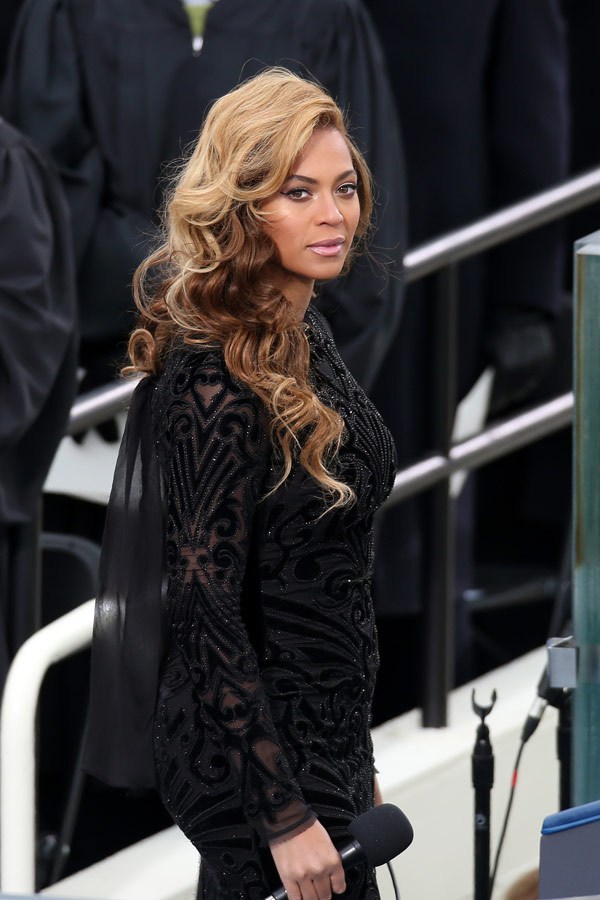 Beyonce looks absolutely gorgeous with husband Jay-Z in the audience, Beyonce belted out “The Star Spangled Banner” and sounded amazing! Beyonce was accompanied by the United States Marine Band as she proudly sang the National Anthem.

Beyonce took to the stage in a black dress and emerald earrings, and serenaded the vast audience with her melodious voice, while the President looked on proudly. She performed shortly after Kelly Clarkson, and she smiled broadly throughout the momentous occasion. She greeted President Obama with a hug and a kiss afterwards as her performance was met with tons of applause. She totally hit it out of the park!

This is not the first time Beyonce has sang for President Obama and his wife Michelle, as she performed “At Last” at the 2009 Inaugural ball, when he and Michelle had their first dance as President and First Lady.

Beyonce’s was one of three important performances at the inauguration, as Kelly sang “My Country ‘Tis of Thee” immediately after President Obama delivered his inaugural address, while James Taylor sang “America the Beautiful.”