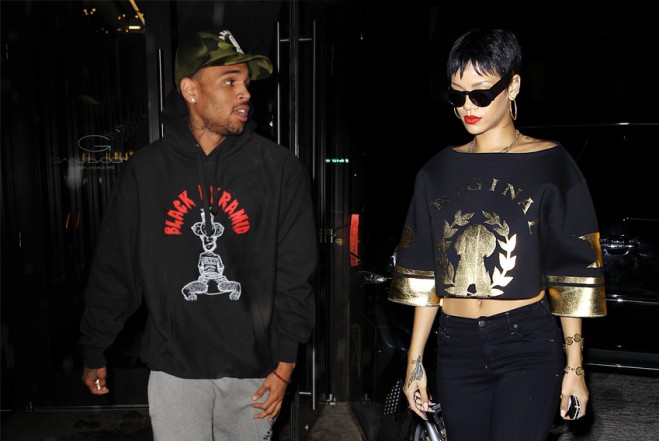 Chrihanna news is on the radar everyday on the hour every hours. Recently Rihanna interviewed with Rolling Stone Magazine & while on my daily prowl surfing the web I saw this interesting article from one of our favorite sites Hollywood Life gossip site. In the story Chris Brown speaks out on Rihanna's interview with Rolling Stone check it out and tell us what you think.

Rihanna always makes sure she looks after Chris Brown. HollywoodLife.com has exclusively learned the 24-year-old Unapologetic artist knew she’d be talking all things Chris in her interview with Rolling Stone magazine, and told Breezy all about the interview before it went to print.


“He already knew Rihanna was going to talk about him before she even did the interview,” a source connected to Chris, 23, tells HollywoodLife.com exclusively. “It’s not like he was blindsided by it all.

“They already talked about that days ago. He already knew what to expect…You already know how Rihanna feels about him and she says it time and time again all the time. He feels the exact same way about her.”

Our insider tells us that Chris is really hoping to move past conversations about their history, however. “He good though, he don’t want to think about s**t that happened years ago. He’s done talking about that. He’s past it and is a better man because of it.”

What Rihanna Says In The Interview

In Rihanna’s candid new interview with Rolling Stone, she leaves nothing on the table and tells the publication that even if you think Chris is a “monster,” he’s actually a fun guy who she loves and adores, and one that makes her laugh.

The “Nobody’s Business” singer also wants the world to know one very important thing: that Chris is a changed man!

In the issue, which hits newsstands Jan. 31, Rihanna says she knows everyone has an opinion about her decision to fall in love with Chris all over again and insists that he’s “paid his dues.” Read More