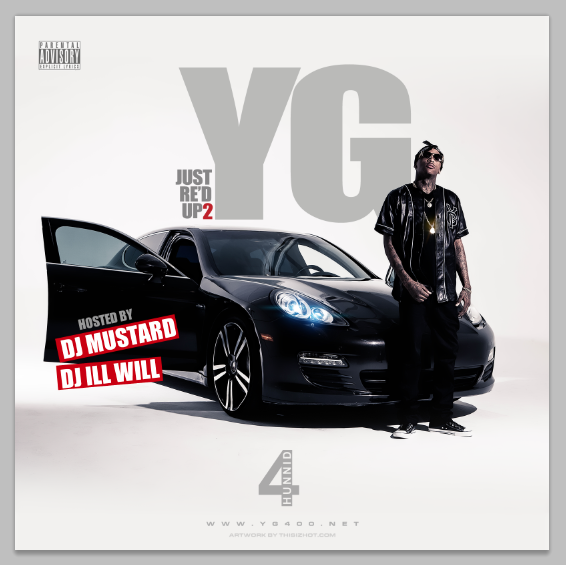 Def Jam’s West Coast rapper YG will be releasing the highly-anticipated mixtape Just Re’d Up 2 on January 21 via LiveMixtapes.com. Fresh off Mac Miller’s “Macadelic” national multi-city tour with Travis Porter, YG is continuing his momentum with this follow-up to his fan favorite Spring 2012 release, 4HunnidDegreez. 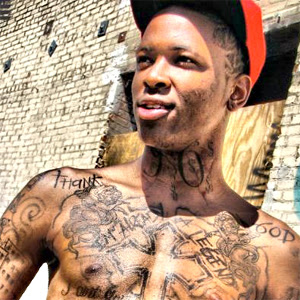 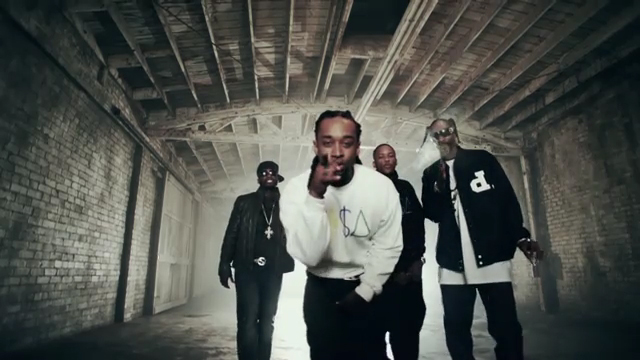 Just Re’d Up 2 features energetic street anthems with catchy hooks to reflect the rapper’s entertaining lifestyle. The mixtape’s first single “Like This,” featuring his Pu$haz Ink label mate TY$ (“Toot It and Boot It”) and Joe Moses (“I Do it for the Ratchets”), received nods and rave reviews from major urban online publications.
YG and DJ Mustard are the originators of this new L.A. sound that’s given birth to an emerging Los Angeles subculture. Ever since their first collaboration in 2010, the duo has created party anthems that greatly influence popular sounds in music today. In celebration of their influence on this new wave of West Coast rap, Just Re’d Up 2 is a manifestation of a movement that’s hitting hard across the country.
Recently, the acclaimed Compton rapper appeared in the most talked about BET Hip Hop Awards 2012 cypher – “Respect The West”, alongside West Coast rap legends Snoop Dogg, E-40, DJ Quik, Xzibit and Kurupt. He also graced the cover of XXL Magazine as apart of the “2011 Freshman Class” with juggernauts Kendrick Lamar, Meek Mill, Lil B and more.

Just Re’d Up 2 will be released along with a series of exciting visuals and footage to document the making of the project. In conjunction with the mixtape’s release, YG will also be partnering with popular urban apparel lines, Pink Dolphin, rapper Young Jeezy’s 8732 and Rocksmith to launch limited edition Just Re’d Up 2 merchandise. YG will also embark on a national Just Re’d Up 2 headlining tour in the spring.